Today I’d like to take you on a tour of New York City’s Times Square during the day.

Gentrified, corporate, tacky, touristy, fake and over-the-top are just some of the terms used to describe Time Square these days, and if I lived in New York I doubt that, apart from when I wanted to go to the theatre, I’d ever venture near it (or so I thought…)

All of the above might very well be true, but there’s also no doubting that Times Square is a complete assault on the senses, unlike anywhere else in the world. Advertising – static and electronic, stands alongside news tickers and live television broadcasts.  No matter where you look, you can’t escape all of the images and sounds that are vying for your attention.  Somewhere behind all of this, are the facades of the actual buildings – what many of them look like, who knows. 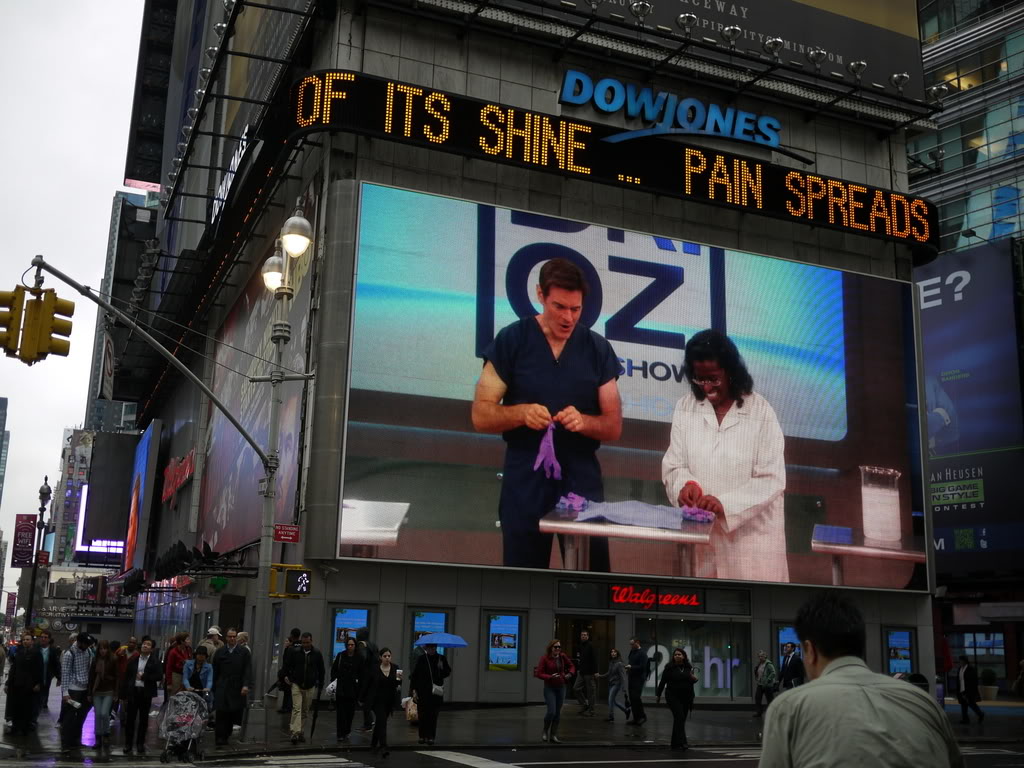 The pedestrianism of Times Square was met with controversy, but it has been extremely successful and further pedestrian enhancements are in the planning stages.  When it’s not pouring down with rain, the seats in the image below are all occupied. 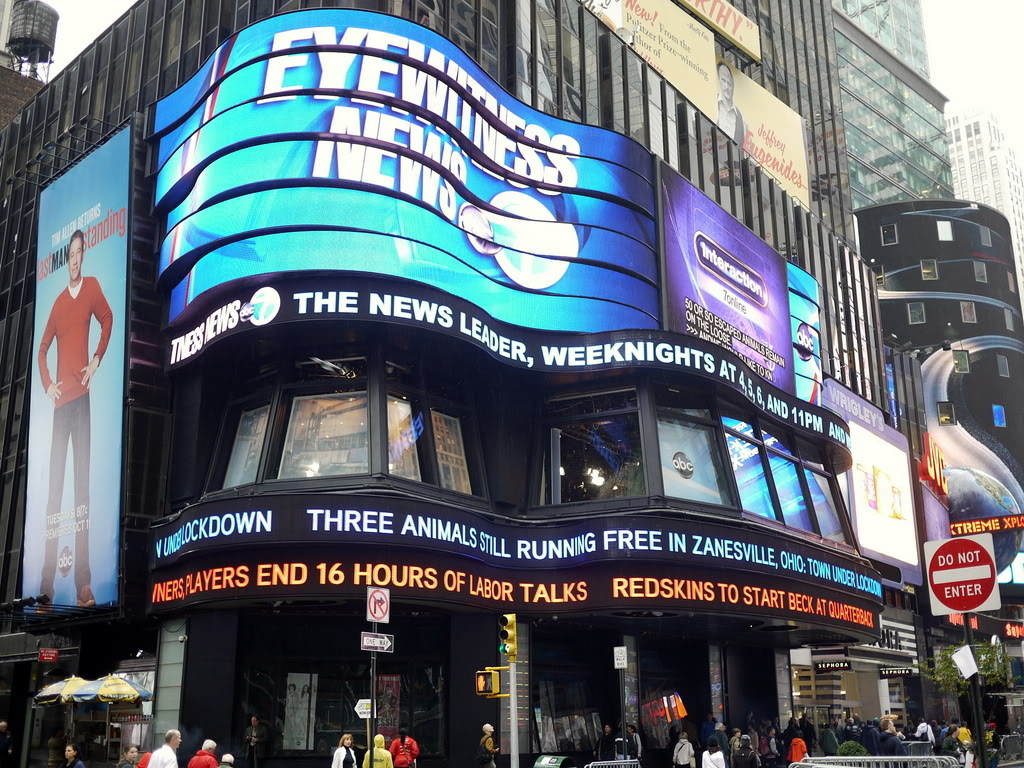 This has been the desktop image on my laptop for a long time.  I love this picture, and it takes me back to this place, this day, and New York in general every time that I see it. 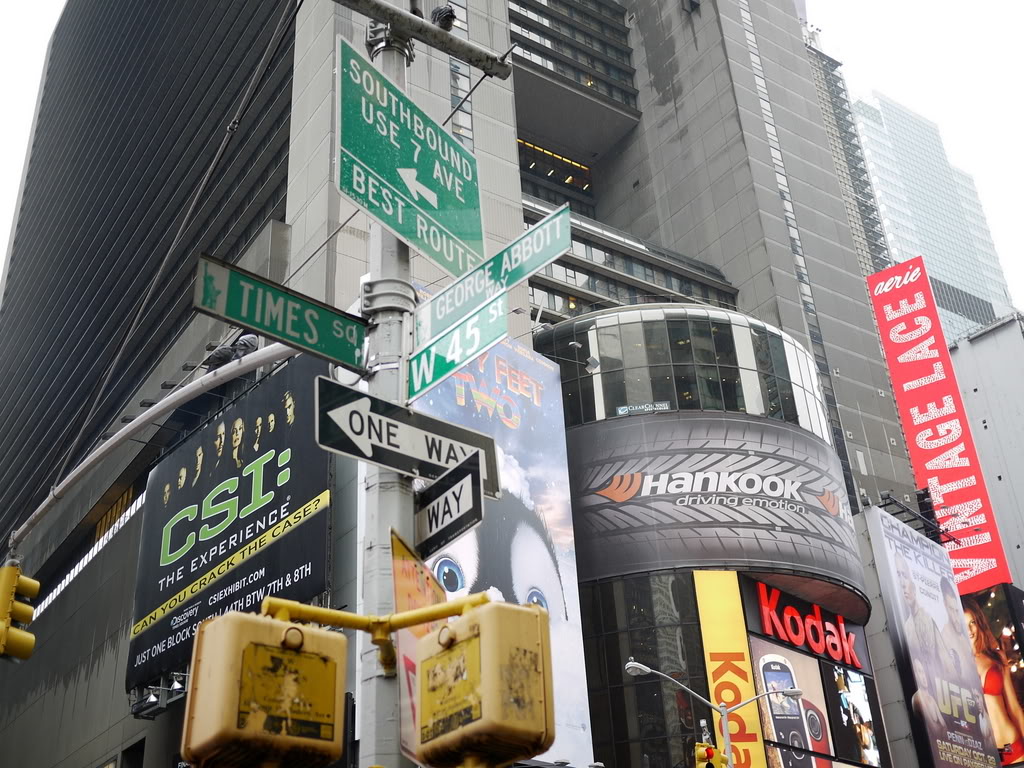 One of the advantages of the weather that New York was experiencing on this day was the atmospheric effect caused by the venting of steam from the subway tunnels below.  It always happens, but is much more visible when it grey and rainy. 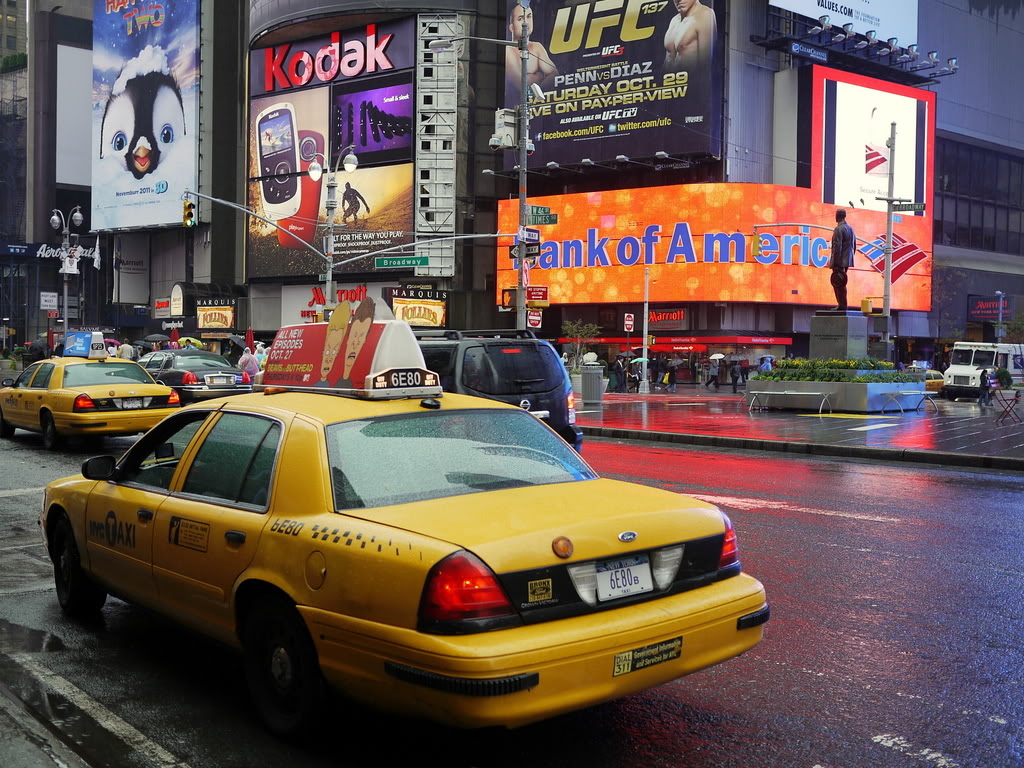 What I said earlier about likely never visiting Times Square if I lived in New York – scratch that.

When I lived in London, and felt like the daily grind of life was getting me down, I’d head to Piccadilly Circus and being somewhere that was such a central, globally known spot, full of lots of things going on would give me some perspective, and make me remember how lucky I was to be living in such an amazing, global city.

If I lived in New York, I think that being in Times Square, sitting on the raised stairs in the middle and just taking it all in would have the same effect on me.  As a tourist it certainly did.