The decision to go to Philadelphia was made simply on the basis that it was the cheapest city to get to by train from New York that we could do a day trip to. Not knowing what to expect, and having done basically no research, my fiancée and I got onto the train at Penn Station in New York, and less than 2 hours later, were at 30th Street Station in Philadelphia. 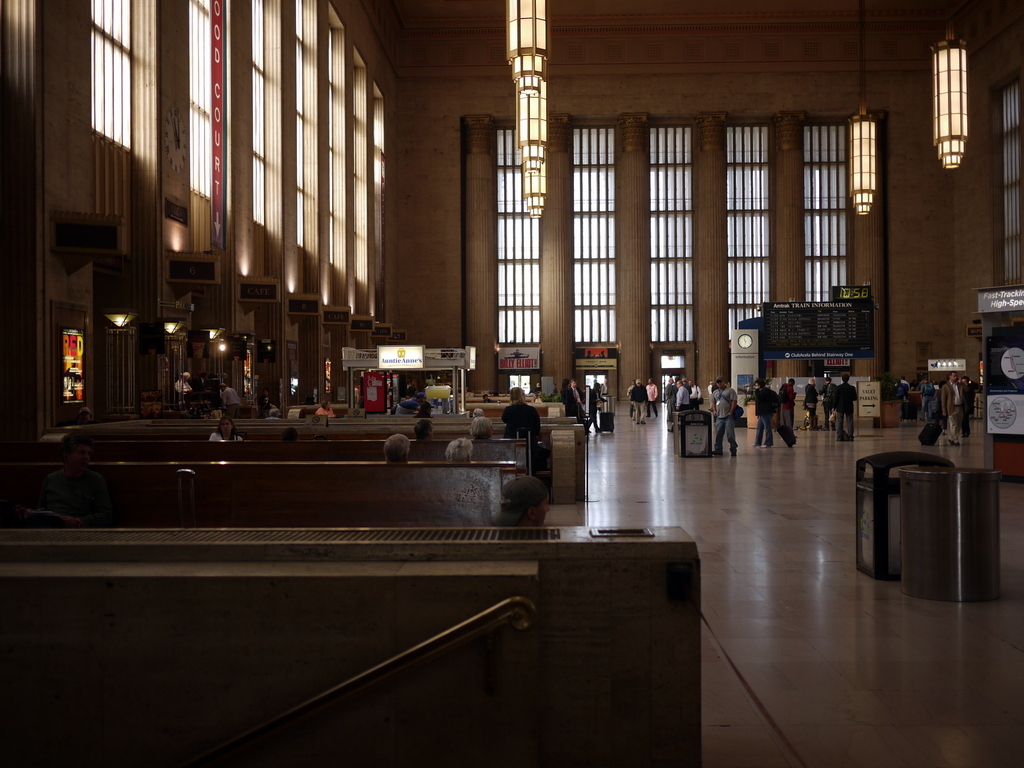 Walking straight ahead from the station along JFK Boulevard, we entered Philadelphia’s Central Business District. It’s a modern business district, and is full of skyscrapers and beautiful old buildings. 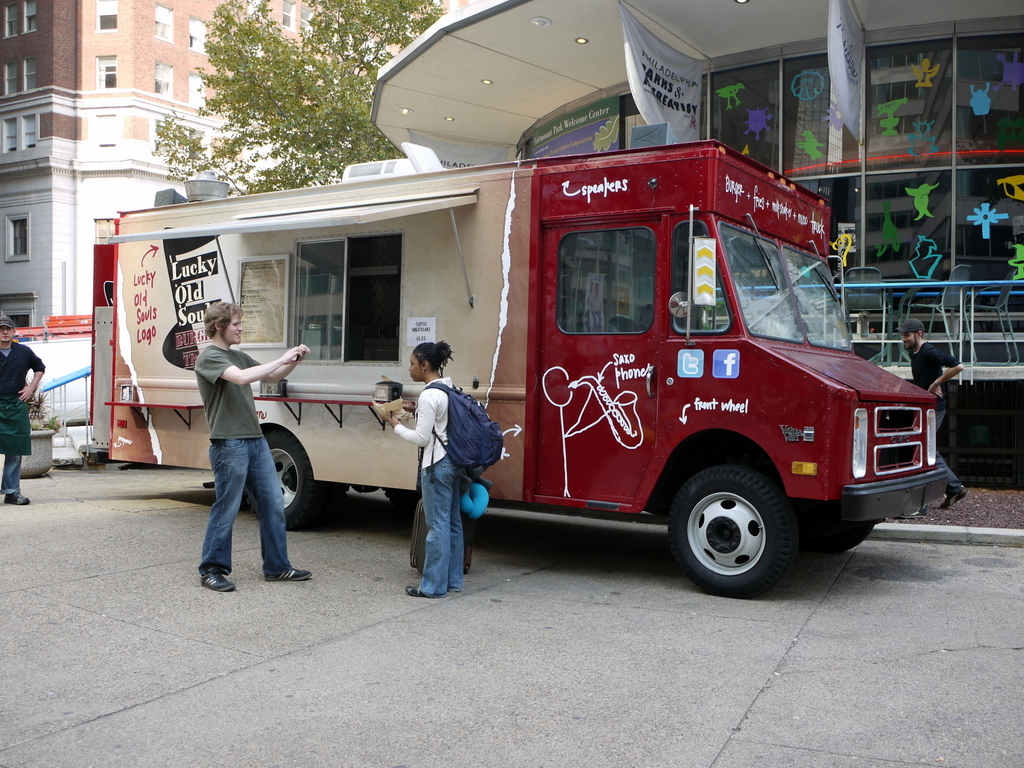 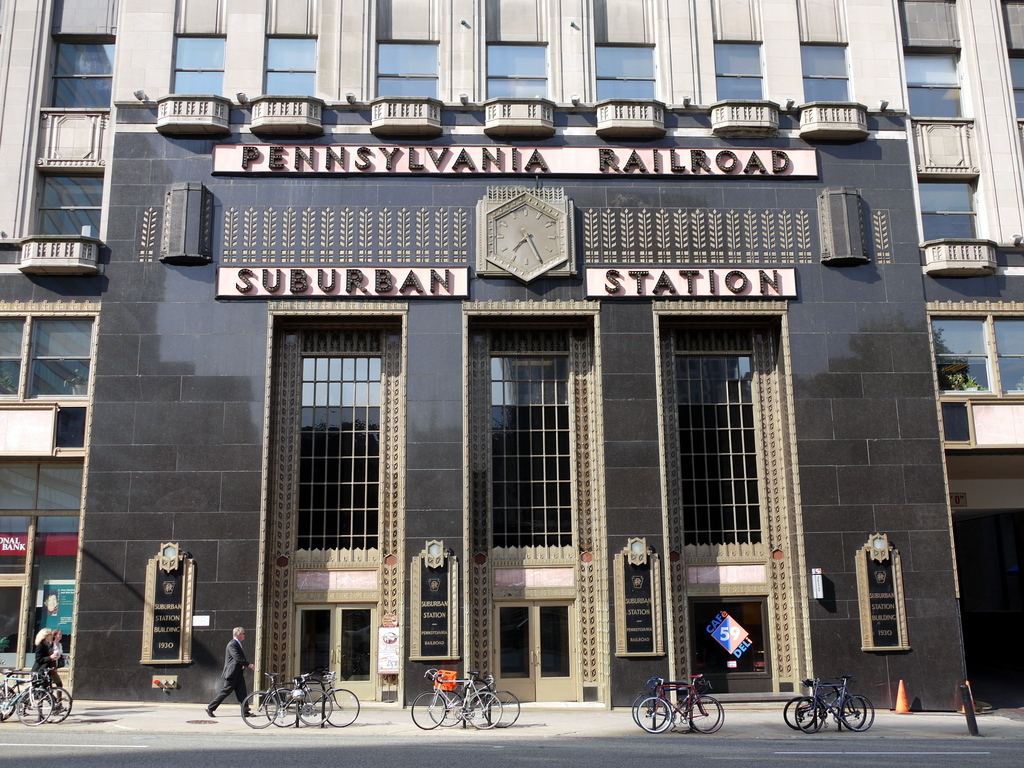 One of Philadelphia’s most recognisable landmarks is Robert Indiana’s LOVE sculpture, which was installed in John F. Kennedy Plaza in 1976. 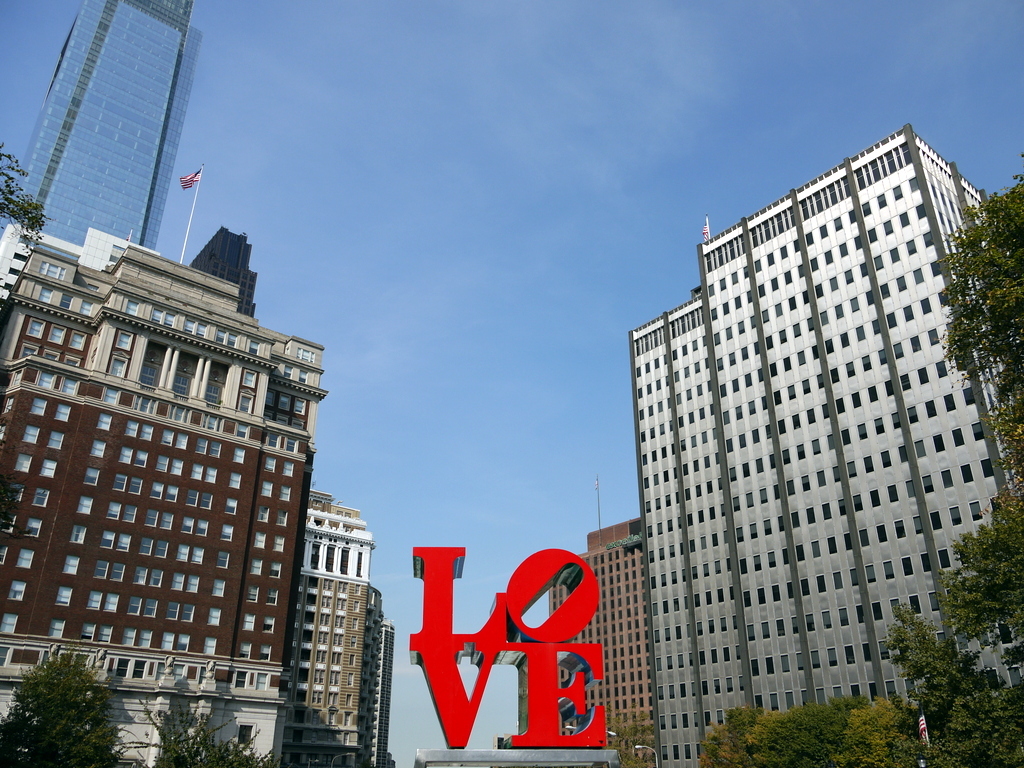 Philadelphia appeared to me to be a city that is very supportive of the arts.  One the surface at least, there are lots of sculptures and installations about. I’m not a skater, but damn it would be hard to resist! 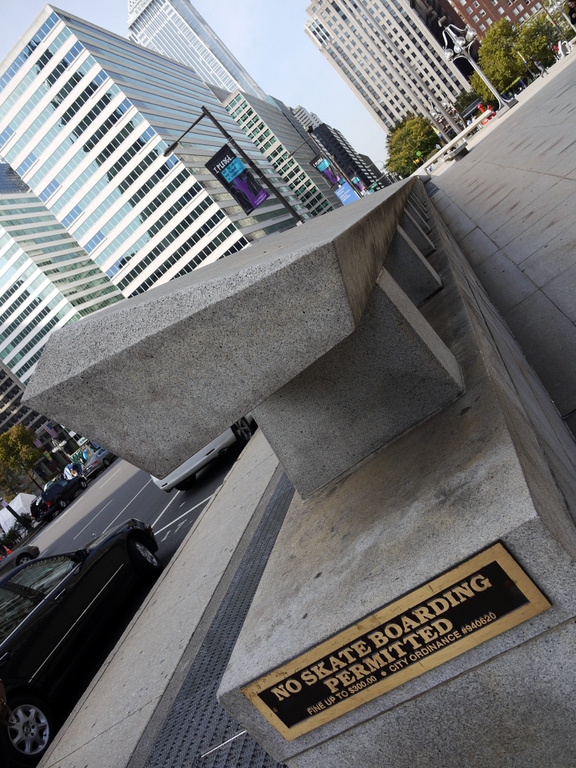 These plaques are dotted all over the city, and give a brief explanation of the historical significance of the site, building etc. I think it’s a great idea, and I learned a lot about the history of the city just by walking around and stumbling across them. As is obvious by looking at it, Philadelphia’s town hall is based on the grand buildings of Paris.  It is the second tallest masonry building in the world. Occupy Philadelphia outside the town hall, on our way to Broad Street. 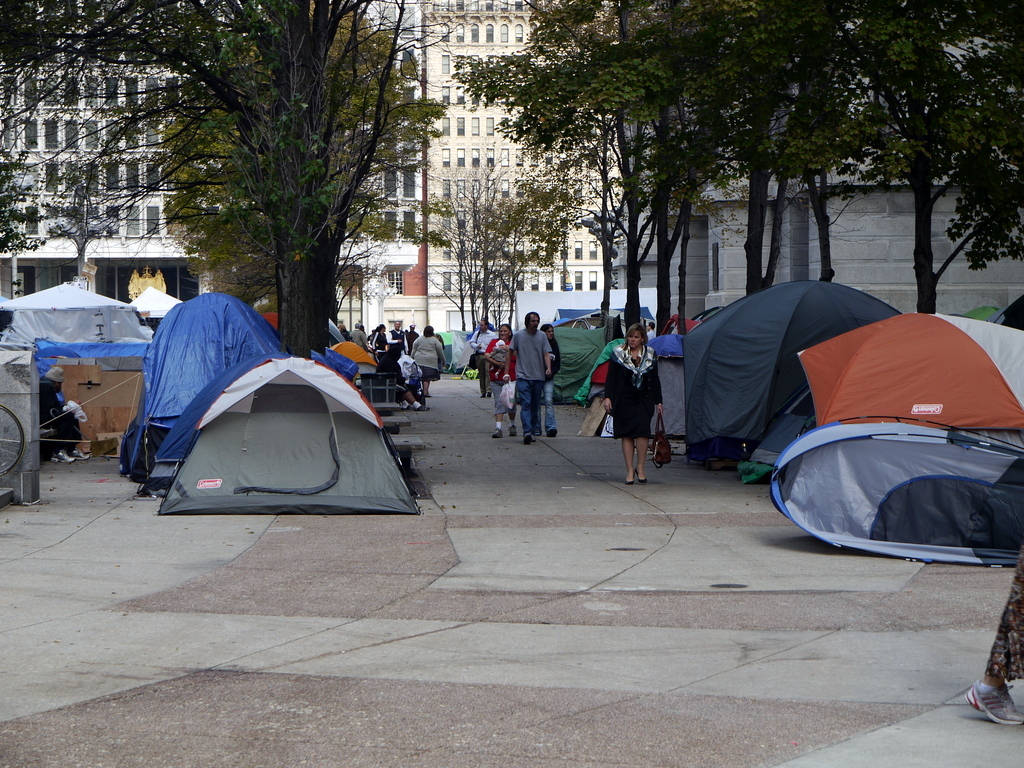 South Broad Street (“Avenue of the Arts”) is home to many of Philadelphia’s cultural institutions, including the theatre district south of City Hall. 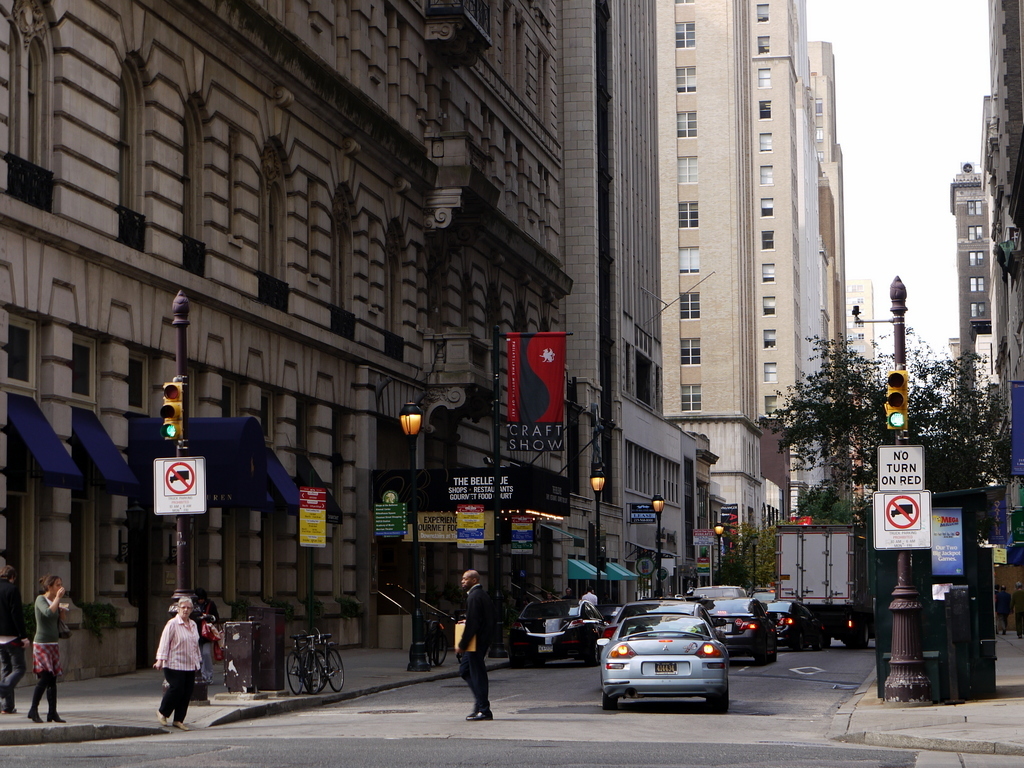 A few years back, the city council introduced a scheme whereby local artists would be invited to paint massive murals that represented what Philadelphia meant to them, on many of the blank concrete walls around the city. I think it’s a great idea, and it was always interesting when I stumbled across one, whether it be in a very obvious place, or hidden.