Philadelphia’s Chinatown started its life in 1871, when Cantonese immigrant Lee Fong opened a Laundry at 913 Race Street.  Over the years, Chinatown grew to contain quite a large area until the 1960s, when construction works resulted in large parts of the area being demolished to construct the Vine Street Expressway and the Pennsylvania Convention Center. Walking along the Vine Street Expressway, there are several interesting buildings and more examples of the large murals that are found throughout the city. The view of the Central Business District from “behind” is quite nice. Once you reach Fairmount Park, you turn onto the Benjamin Franklin Parkway, which is lined with flags from all of the nations of the world.  At the end of the Parkway, the 72 stone steps leading up to the Philadelphia Museum of Art come into view.

These are the steps that are commonly known by most tourists as the “Rocky Steps”. Yes, I did act like the typical tourist and run up them, before raising my arms in celebration, the Rocky theme song playing in my head. 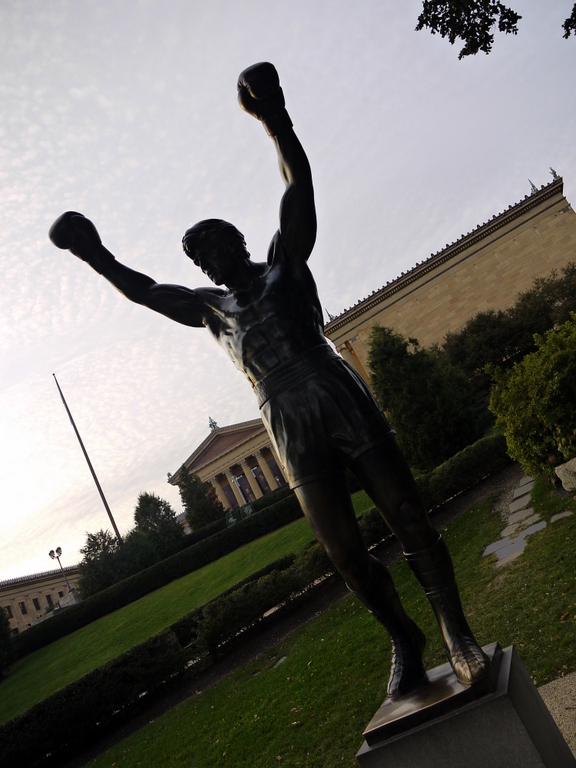 After a very intensely packed 1 day in Philadelphia, we strolled along the bank of the Schuylkill River back to 30th Street Station, to catch the train back to New York.