MELBOURNE | Altair Restaurant Warrandyte has received a lot of praise since opening in late 2013, yet has somehow remained under the radar of many a Melbourne diner. The most likely reason for this has to be its location which straddles the outer Eastern suburbs between Melbourne’s centre and the Yarra Valley. We are, just as much as anyone, guilty of not visiting enough restaurants outside of inner Melbourne, not because of a belief that there’s no good food further out, but quite simply because the options closer to home are so numerous. It’s something that we’ve been trying to rectify in recent months, and when we received an invite to try the offering at Altair we were keen to take a look. 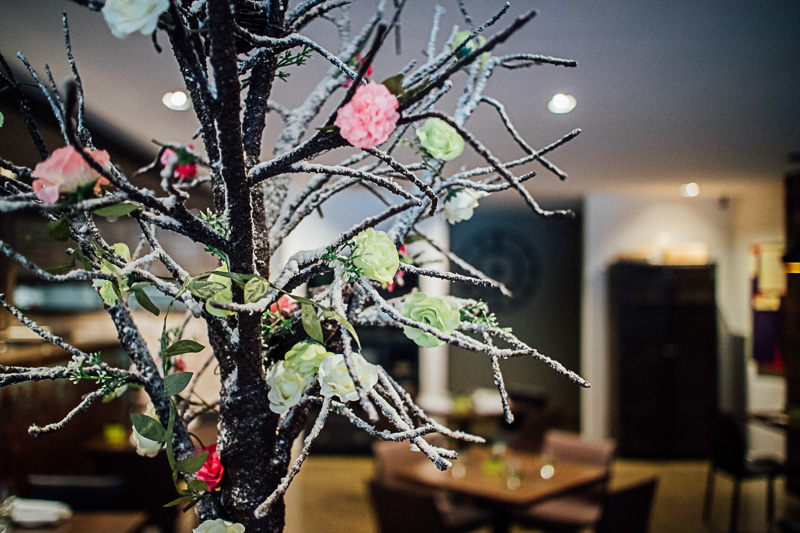 Just before you reach the Yarra Valley is the suburb of Warrandyte, however this old suburb with its abundance of trees and charming high street, feels more like a country town. Despite being only a 25 minute drive from Melbourne’s CBD, it feels like you are well and truly out of Melbourne. Altair is owned and operated by young couple Kelvin and Michelle Shaw, who quit their jobs and mortgaged their house in order to build Altair. Kelvin heads up the kitchen while the delightful Michelle runs front of house. We chatted to Michelle for quite a bit and it was clear in the way she spoke that her and Kelvin are both very passionate about Altair. They didn’t open with a big budget, they didn’t have any backers, or follow any trends, they instead took a massive risk to do something that they really wanted to do. What is it though, that Kelvin and Michelle want Altair to be?

Put simply, it’s about having an inviting space without pretension, where people can enjoy good food that focuses on local produce and native ingredients. The lunch and dinner menu straddles the line between casual and fine dining however we decided to do things a bit differently and visit for breakfast, which is offered on Saturday and Sunday mornings, before the white linen is brought out.

There’s an impressively stocked bar full of the usual favourites and a good selection of local wines, however for breakfast we went for a couple of coffees, which were not particularly complex but completely inoffensive. When the time came for a more substantial drink, we couldn’t go past the “egg flip”. This classic smoothie of sorts consists of alcohol (in this case rum) with beaten egg, milk, and sugar. The Altair version decadently includes bacon and generous shavings of black truffle – no truffle oil here, it’s the real deal. The combination of sweet and smokiness along with the truffles provided a very unique flavour to each smooth portion that slid down the throat. A must try if you visit. Our first dish to arrive was without a doubt the highlight of the breakfast. The ox tongue was tender and creamy and the pickling of it resulted in a flavour that was reminiscent of pastrami. The remoulade was quite zesty, helped along by the inclusion of capers and the crispy pear and herbs gave the dish some textural variation. We’re always fighting a losing battle when it comes to convincing people that they have to try ox tongue, which is appearing on more menus around Melbourne and so were happy to hear Michelle tell us that the locals have really warmed to this dish after being hesitant to being with.

A touch that was much appreciated with this dish was that the 2 slices of sourdough were served alongside, rather than on the main plate. We often find that toast when it’s served at the bottom of the rest of the ingredients gets soggy quite quickly. Serving it on the side is such a simple move but it makes a big difference, and ensured that we had crispy toast with each bite. The (Very) generous serving of black pudding was accompanied by a fried egg (you can choose how you want your egg cooked) white sausage, streaky bacon, “Altair HP sauce” on red wine rye bread. While not as unique as some of the other options on offer, we couldn’t go past Altair’s take on the not quite full English breakfast. This was very much an example of getting the basics right. The black pudding was undoubtedly the star of the dish and was crumbly yet moist, with a nice little spice kick to it. The bacon was delicious and the egg was perfectly cooked with a beautiful gooey yolk. The white sausage was the only thing on the plate that didn’t really wow us, but the rest of the components more than made up for it.

The red wine bread was a touch that we’ve not seen before, with its dense molasses texture complimenting each bite perfectly. We were quite full by this stage, as the serving sizes of the first 2 dishes were quite generous but we simply had to try the spiced fruit bread, what with it side serves of buffalo milk labna and poached rhubarb and qandong. The bread itself was dense and buttery – healthy no but tasty yes. The toast on its own was wonderful but with a bit of the labna, rhubarb and quandong it was something else. A bit English and bit Aussie and a bit Middle Eastern – I suppose you could call it fusion food. We really couldn’t fit any more in at this stage and thankfully Michelle was nice enough to pack one of the slices of fruit toast and the left over ruhbarb and labna into a take away container for us – it still held up really well reheated at home the next day. The final thing we tried was the quandong and Davidson rum jam with a light brioche. This is usually served with the 5 grain porridge but we were curious as to what it would be like. It was somewhat sweet and sour, with a bit of a salty hit too. Unusual but it worked. Going back to what Kelvin and Michelle want Altair to be, and judging by our experience there, they’ve hit the nail on the head. The food was brilliant, the native ingredients a nice twist, and the service impeccable. There’s that something special about a place where the owner is out on the floor and talking do diners. Whenever a local walked by the window there was a wave hello, and on more than one occasion people would pop in just to say hi and have a quick chat. Warrandyte is lucky to have a restaurant like this and I know that we’ll be making an effort to get back there to try some of the tempting looking dinner options some time.