BOCHUM | The word Trinkhalle comes from verb trinken (drink), plus Halle, and is a German institution specific to the North-Westphalia region of Germany, and particularly in the Ruhr area (colloquially known as Ruhrgebiet or Ruhrpott), where the Trinkhalle resides. It is also known as Wasserhäuschen or Bude in some other regions, and is generally translated as ‘Kiosk’. Whatever you call it, nowadays, a Trinkhalle usually appears as a dilapidated store-like booth teetering amidst a dark, forgotten, corner – like something out of an 80’s version of Detroit that may or may not have robotic law enforcement. It’s a place where you might stop by to pick up a soft drink or some cigarettes, and not much of a drinking hall at all.

The real origin of the Trinkhalle began in the early 19th century and was perhaps a more welcoming one than its current shadowy incarnation. The Ruhr area in particular was a heavy industrial region, and Trinkhalles were the workers’ choice locale for a cheap beer after a hard day’s work. Especially since plumbing at the time meant tap water was too dirty to drink, bottled Trinkhalle beer was actually the safer option. At the time, it was supposedly more common for workers to stop and drink and talk, giving Trinkhalles a community meaning. Now, the Trinkhalle has relegated to more of a “pay and go” convenience store diminished by the rise of electricity and large late night supermarkets later, basking the street in their unnatural fluorescent beams. Today, the Trinkhalle in the local town of Bochum intends to bring back this tradition by creating a space centred around fine company and finer beers. The minimalist décor and plain wooden tables are all purposefully chosen to remove all distraction from this core principal. With only a long central row of plain wooden tables, there is no clique booth seating, here you must drink with your fellow man. The owner, Tom Gawlig, has been running it for 10 months now, and the popularity of the halle is growing, “it’s a crossroads – it’s a social point to meet” he beams. He sees the community as the key theme, and not just for customers but also for up and coming craft brewers. Tom maintains a strict policy of stocking his craft beer only from independent craft beer brewers, only purchasing from microbreweries. He rotates about 20% of its selection regularly, and is constantly on the lookout for new craft beers from around Europe. The effort shows – there is some great variety here for such a small venue. From Belgian monastery beers and Framboise from Wallonie, to a German double dark ale from Crew Republic, Tom manages to cram a ton of variety in an otherwise small establishment. I was personally pleased with the relatively generous selection of dark beers in particular – dark beers appear to be less popular outside of certain areas such as Bavaria and I’ve had a hard time indulging my tastes before now.

Something I’ve always loved about independent venues is the more personal touch, and Trinkhalle didn’t disappoint. Tom knows each and every beer in the halle, and he enthusiastically tells a story about each beers, how it tastes, where it comes from, why you’ll like it (or not), and fuss over making sure you are using the right glass. It’s not a bar where you just order a beer – it’s about the story behind the beer.

Most of us may carry a stereotypical image of Germany being the forefather of beer, and coming from Australia I was no different (while Germans did not invent brewing, they were probably the first Europeans to make beer). So I was surprised on arriving to find beer tastes to be quite narrow. Tom concurs – and feels that even in Australia, the craft beer scene is bigger than in Germany. German breweries traditionally looked inward, according to Tom, and as such have ignored the development of foreign innovations. “Its pils and hells…” he said, “it’s boring.” He is a particular fan of Belgium – which yields the greatest range and variety in his opinion. However it was after having travelled to America and experiencing the IPA wave and noting the diverse and innovative range of microbrewers there that sparked Tom’s mission to improve the situation here in Germany. He was convinced that beer could be more. That’s what drove him to start the Trinkhalle: to develop the local scene with hopes to see the rebirth of the beer tradition that made Germany so famous in the first place. The Future of Craft Beer

On asking Tom about the future of the craft beer scene in Germany, he feels that despite the slow start, there is a feeling that the scene is starting to take on, “it is growing fast – just 10 years too late” Tom stated. “We are in the middle of the change” he predicts, “From [our] first day we are changing the people, we are influencing them”. He is adamant that more innovative venues will open in the local areas, not restricted to ‘hip’ places like the Reperbahn in Hamburg or backstreets of Berlin. The Trinkhalle itself is looking to expand new locales already, to establish and help push and develop the local scene.

To finish of my chat with Tom, I naturally had to ask him his favourite beer of the moment. According to him it’s the “Triple 7” – a local Ruhr beer. From a small village called Spellen, which was apparently first recorded in history books in 777AD – hence the name. The Triple 7 brewer started out in true indie fashion – a motorcycle club brewing beer in their garage. In Tim’s opinion, they make the best IPA. I was able to sample some – and as a non-IPA lover I had to concur that it was one of the best beers I’d tasted. Fruity and hoppy but without the bitterness of some other IPAs I’ve experienced, I know I’ll be going back for another glass soon. 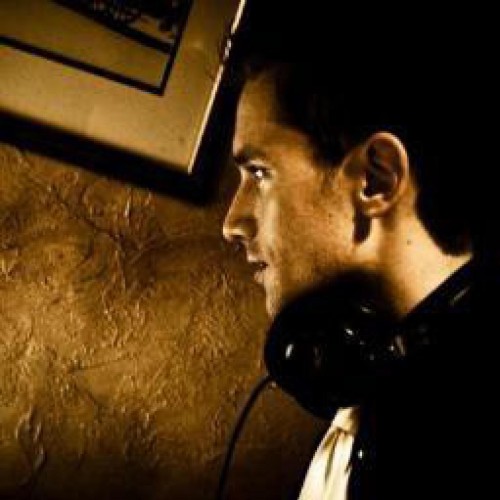