Create Your Own Kit Kat With Kit Kat Studio

MELBOURNE | Have you ever read about those wacky Kit Kat flavours in Japan and thought to yourself “I wish I could make my own Kit Kat flavour”? If so (and even if not!) you’re in luck as Nestle is bringing their Kit Kat Studio to Melbourne to celebrate Kit Kat’s 80th birthday. When Kit Kat Studio first popped up Sydney a few months back is was super popular and, despite staying open for 5 rather than the intended 4 weeks a whole lot of people still missed out. Thankfully, the Melbourne version is bigger and better, with the popup space in Melbourne Central staying open for 8 weeks. The City Lane was invited to the launch, and was treated to a Kit Kat masterclass by “The Punk Princess of Pastry” Anna Polyviou, who is the Executive Pastry Chef at Shangri-La Hotel and is famous for her award-winning carrot cake, recently featured on Masterchef. If you want to meet Anna she’ll be opening Kit Kat Studio Melbourne today (Tuesday 24 November 2015) at midday as well as launching 2 of her own Kit Kat flavours. Post launch though, what’s it all about? Well here’s the deal. Kit Kat Studio gives people the opportunity to create their own custom-made Kit Kat from a range of 17 premium ingredients including crunchy and chewy salted caramel, pretzels, coconut macaroons, fragrant pink rose petals and caramelised popcorn. People will be able to choose from dark, milk or white chocolate and then choose 3 additional ingredients before moving on to personalising the packaging. Each one will be made to order and delivered when ready. If you want to take the quicker option, in addition to Anna’s 2 Melbourne flavours (I can tell you that one involves espresso) there are a range of pre made options including Spiced Christmas Pudding, Butterscotch Fudge, Pretzel and Pecan, Cranberry, Pistachio and Coconut Macaroon. 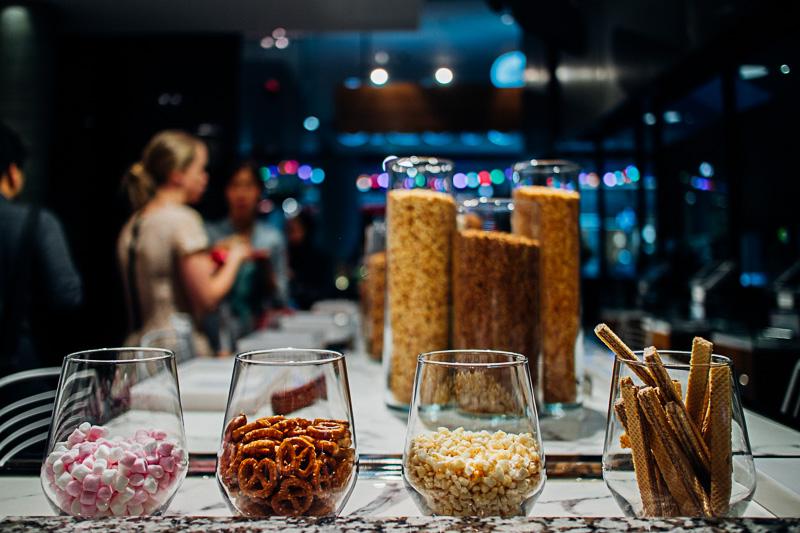 The flavour I created was milk chocolate with freeze dried raspberries, crunchy and chewy salted caramel, crunchy espresso pieces and caramelised meringue. You won’t be able to physically make your own Kit Kat in the store, rather you go though a few screens on one of the available Samsung tablets to pick and choose what you want, with your order being sent to the back kitchen so that the whizzes back there can whip up your order. When I was in Japan last year I brought home almost an entire suitcase filled with a range of interesting flavours that were only available in Japan so think that it’s pretty awesome that you can create some interesting flavour combos of your own here in Melbourne. If you’re interested in checking out Kit Kat Studio, check out the details below. 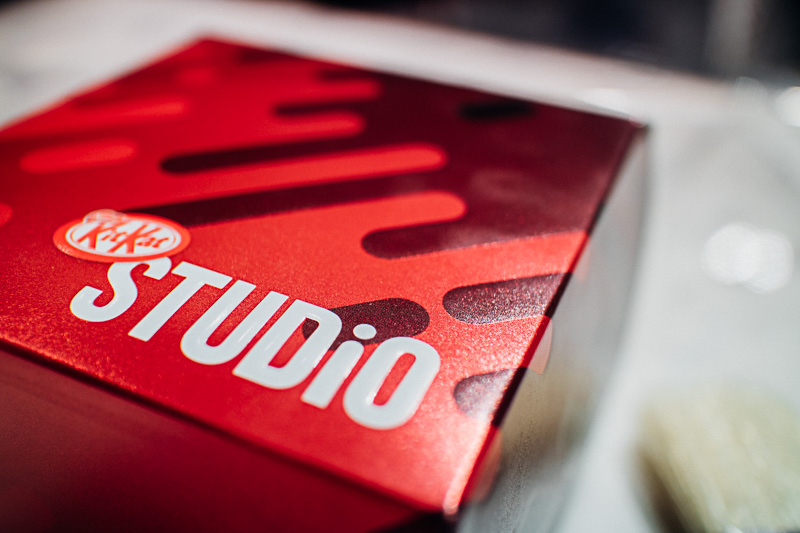