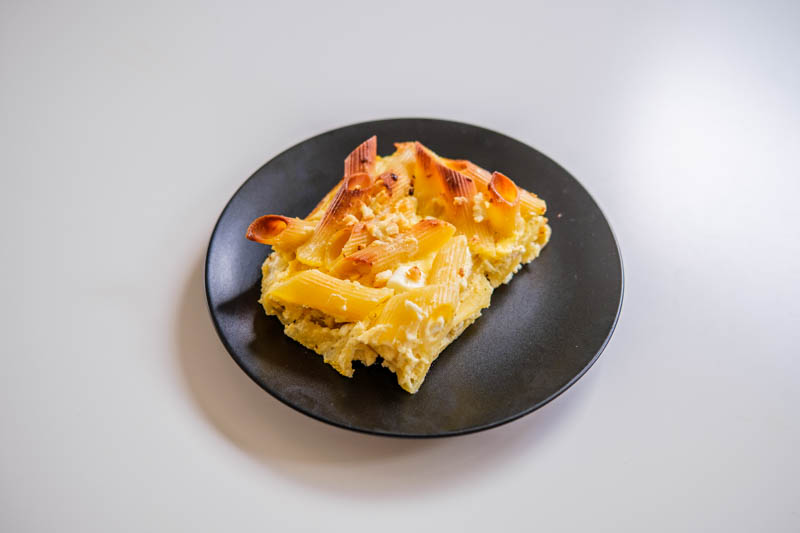 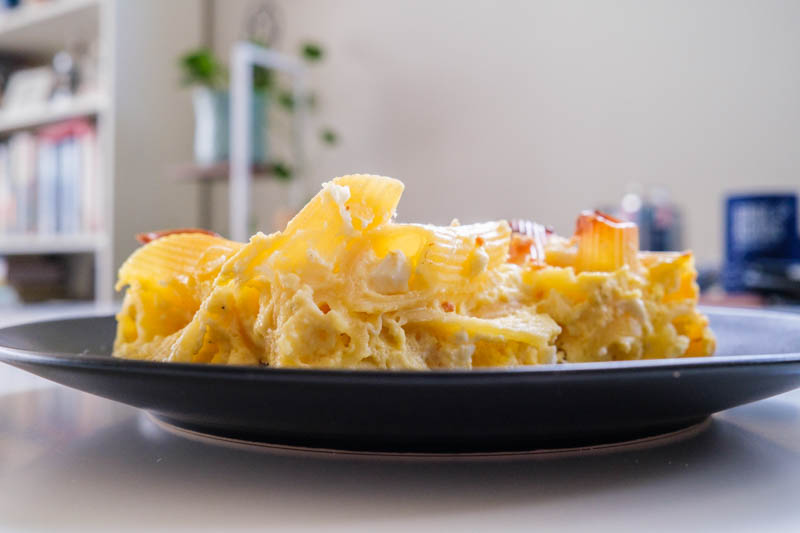 RECIPES | Paul and I both grew up eating this Macedonian pasta dish, which we’ve decided to call the rather literal feta and egg penne pasta bake. We tried to find out what the name for the dish is, but there doesn’t appear to be one.

It’s similar to the Greek pastitsio, but exudes the spices, meat and tomato sauce layer. It’s basically a version of mac and cheese. Easy to make, comforting, and delicious.

If you can’t find Turkish-style yoghurt, you can use Greek yoghurt instead.
We use penne rigate as the size of the pasta and ribbed surface means that it hold the sauce well. A tubular pasta is preferable (ziti is a great substitute), but you can use any kind of pasta that you have on hand and it’ll still taste great. Just be aware that the baking time may differ slightly depending on the kind of pasta you use.