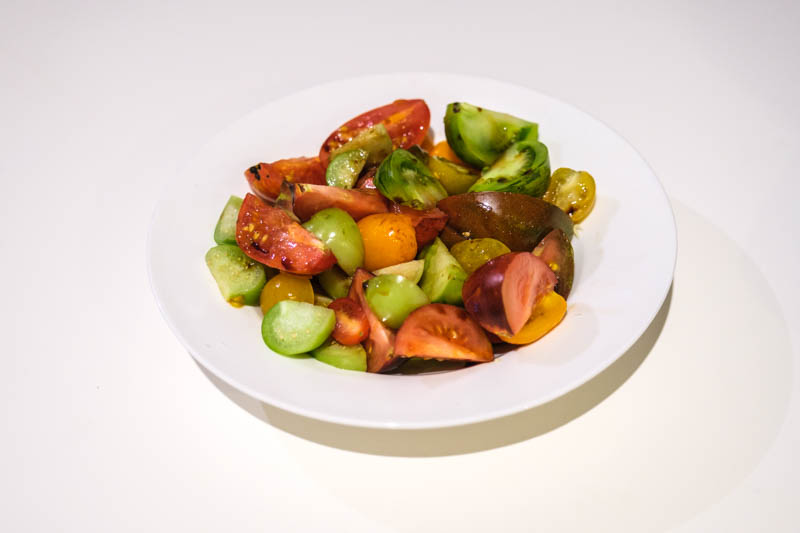 RECIPES | There’s nothing quite like a simple salad made using fresh, in season tomatoes. We like using an assortment of heirloom tomatoes when we can. Not only does it make the salad look pretty, but you get a slight variation of flavours and textures with each bite.

Most of the red tomatoes that people are familiar with today contain a genetic mutation that gives them a uniform red colour, along with disease resistance. This comes at the cost of flavour and sweetness.

The use of tomatillos (aka Mexican husk tomato) in this salad provides a slightly crunchy, light sour element.

You can use any tomatoes you can get your hands on, but a variety will give you the most interesting and colourful result.