NAIN | Jameh Mosque Nain is one of the oldest mosques in Iran, and the town of Nain, close to Yazd is itself one of the oldest in Iran. Dating back to the 9th century, with its interiors dating back to the 11th century (as indicated by its Seljuki brickwork) the heritage listed mosque is actually still in use as a mosque today. The mosque is built in the “Khorasani style”, which refers to the first style of architecture appearing after the Muslim Conquest of Persia. The style is notable for its combination of Islamic and pre-Islamic influences. The carvings in the stone and wood are elaborate and beautiful. 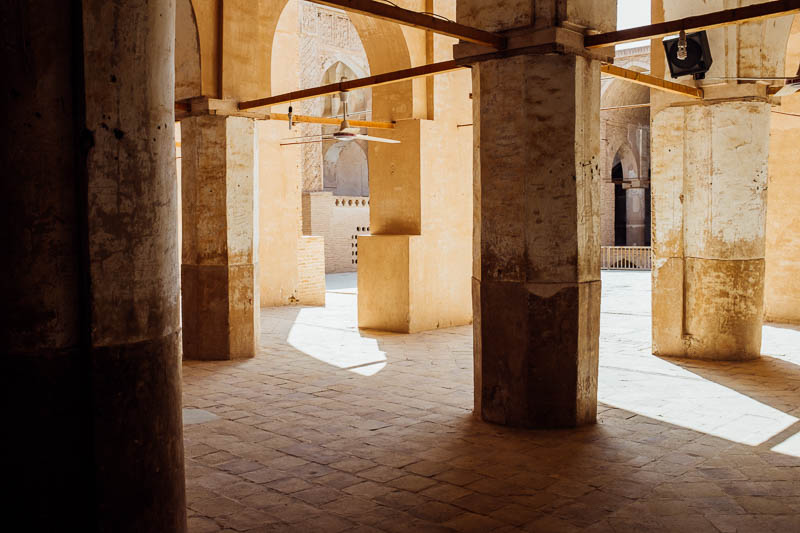 Jameh Mosque lacks the tiled dome that’s common to many mosques due to its age and architectural style. Many additions have been made to the mosque over the years. The octagon shaped minaret for example is a relatively new addition, dating back to the 1300s. Some believe that the mosque’s basement was originally used as a Zoroastrian fire temple. It’s connected to a series of tunnels which historically delivered water to the mosque – the source would have been an area that received rainfall with the slightly sloping, non-porous tiles delivering water to important places where water was scarce. It’s noticeably cooler down here than outside.