MELBOURNE | It’s that time of the year again, when comedians from near and far gather in Melbourne for three weeks of joke telling hilarity. That’s right, the Melbourne International Comedy Festival is back for 2017. Now in its 31st year, the festival is bigger than ever and sees over 500 artists performing for over 800,000 festival goers. There’s something for everyone, with all kinds of comedy on offer, and with the average ticket costing no more than $27.00, it’s great value too.

If you’ve never been to Melbourne’s comedy festival before, the shows are mostly around the Melbourne Town Hall area, is a surprisingly large building with quite a few performance areas, so make sure you read your ticket carefully before you get to the venue.

There are a few ways you can enjoy the Melbourne International Comedy Festival, some of which may appeal more than others.

Discount prices are available for many preview shows on the opening week, Wednesday 29 March – Sunday 2 April, as well as select days throughout the Festival. To see whether your show has preview dates check the calendar on the individual show page on the festival website- look for the pink highlights!

Fancy a fancy dinner and a show? We can’t guarantee that the two will be a perfectly matched, degustation-style event, but a table at a nice restaurant and a trip to a comedy show might just be the way to go. There are some fine restaurants close by such as Embla and Supernormal, or Chinatown if you want to dine before a show.

Friday and Saturday nights are brilliant for the late-night comedy lover. Head out first, hit up a few bars in the city, and then make your way to a late night show. You’ll be able to buy more drinks there so don’t get too stressed if you can’t get your usual Friday night fill before the show begins. And obviously, we advise you to drink responsibly; comedians can get a lot of material from drunks.

Our personal favourite is the Allnighter. This is where after you knock off from work, you get a few friends together, find a bar (Melbourne has many, trust us), and find three to four shows you like the sound of. Then all you need to do is find a way to schedule them back to back, add a few restaurants and bars for the inbetween moments, and then you’ll have your own comedy festival.

Of note, if you’re planning on doing the Allnighter, we recommend balancing out your chosen acts to include a few you know and a few you don’t. They might end up being your new favorites. And make sure you know your public transport options to get home safe, although thankfully, Melbourne’s new all night transport on Friday and Saturday evenings does a neat job of solving this problem.

So now that you know some ways to plan your night, here are a few acts to get you started, picked for various non-detailed reasons as we flicked through this year’s guide.

Battle of the Superheroes: The Great Superhero Debate There are lots of superheroes out there. Many are great, any many are quite terrible. This show sees compere Nik Coppin (UK), adjudicator Andrew Roper (Aus) and four of the best comedians from around the Festival converge in a verbal war of words in an endeavour to find out who is the greatest superhero of all time. We’re guessing Left Hand won’t be making the cut. I’ve never seen Dara O Briain live, but think he’s fantastic on Mock The Week, and given how long he’s been in the comedy game and the reputation he has, you know this is going to be a quality show full of absurdity and hilarity. Josie Long is another comedian who I’ve never seen do stand up, but I’ve always found her to be funny when she’s appeared as a guest on the various British panel shows that I watch. This show has been described as “a show about trying to be hopeful when the world is, quite frankly, being a total arsehole”. If you’re familiar with Phill Jupitis from Never Mind The Buzzcocks, or any of the many other things he has done over the course of his career, you’ll know what to expect. Adult themes and situations presented childishly? Sounds good to me. 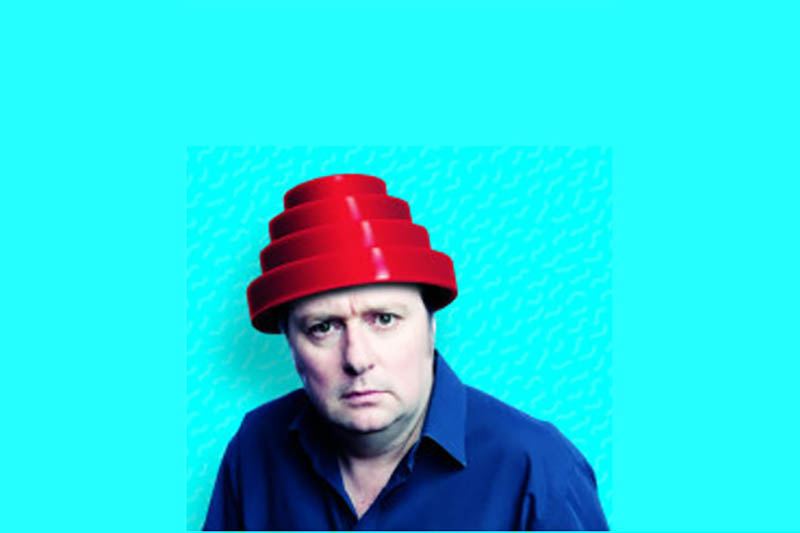 Aussie comedy veteran Dave O’Neill is a well known quantity in these parts, and always delivers reliably funny comedy. We’re including him in this year’s round up primarily on the basis of him wearing a ‘Devo’ hat in his promo shot for this show.

Matt Okine, We Made You I liked Matt as a host on Triple J’s breakfast radio show, and on that basis am guessing that this show will be quite funny, especially since he should have more time to write material now that he’s not doing the breakfast show right? Here’s someone who I’ve actually seen before! Nazeem’s comedy is witty and clever, and succeeds in making audiences think and laugh. Prepare to have some of your preconceived notions about the world challenged.