MELBOURNE | Mesa Verde Melbourne provides an interesting take on Mexican food, with a fit out that resembles and old style saloon rather than the expected Mexican “look”. When you make it up the slow elevator, or the 6 flights of stairs to the 6th floor of Curtin House, you’re greeted by a low lit venue with dark carved wood and furniture contrasting with the wait staff’s brightly coloured uniforms. We were invited to Mesa Verde for a Zomato Meetup event and, being big fans of Mexican food, gladly accepted. The drinks menu is impressive. The star is the extensive range of tequilas, and the attention to detail that goes into the cocktails. Take the Margaritas for example which, depending on the version you choose, use one of 8 different salts. The result is cocktails that are very well balanced. 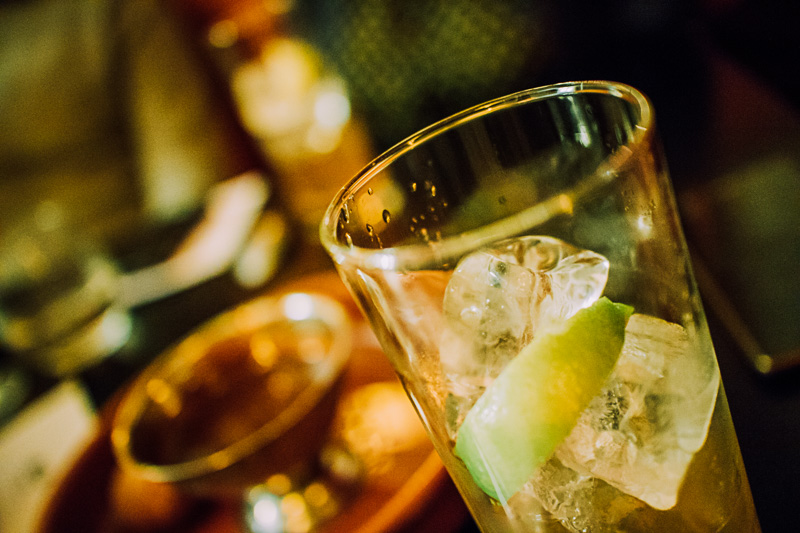 On the food front, there are a range of authentic Mexican dishes on offer, along with a few hybrid dishes that are influenced by Mexican flavours but don’t claim to be authentically Mexican. Speaking to head chef and part owner Kathy Reed, we were very impressed by her love of Mexican food (she lived in Los Angeles for several years) and her determination to, where practicable, make all sauces, dips, spice mixes etc on site from scratch. The small details even flow through to the cutlery, which is an eclectic mixture of shapes and sizes made using recycled metals by local artist and jeweler Marcos Davidson.

These were a great way to start the meal. The weren’t as crunchy as expected, but rather they had a bit of a chewy texture to them. This shouldn’t work in theory but in practice the balance between crunchy and chewy was spot on, making for a very tasty starter. The house made green salsa packed quite the punch too! I know that this is a common street food in Mexico and is becoming more and more popular in Melbourne’s Mexican restaurants but I really don’t get it. The way that pineapple is used reminds me of Hawaiian pizza. It’s not necessarily bad but regular pizzas are better – same goes for the tacos. The beef was beautifully cooked and the marinade and sauces extremely tasty. Tortillas are the perfect thickness and made from maize but the pineapple, why? I guess it’s just a tradition that’s taken hold. These were really tasty. Beautifully tender steak inside some crispy tortilla shells and a tasty spiced aioli. Very moreish.

That bottle of hot sauce in the background may look like something that was purchased externally but even that one is made in house, with custom branding to add a final touch. This dish was a crowd pleaser and for good reason – it’s basically a bowl of melted cheese and corn chips. It’s like somebody took Tex Mex nachos and got rid of everything but the essentials. Come to think of it though, the opposite is more likely to be true, given that real Mexican food clearly predates Tex Mex. Another dish that really speaks for itself. Donuts with spiked hot chocolate. Need I say more? Mesa Verde has been around for a little while now but due to its location (and previously not fit for purpose branding), it’s not the kind of place that people simply stumble across. Head into Curtain House and up to level 6 and you will be rewarded.