RECIPES | This IPA churros recipe with a dash of mandarin and chocolate beer dipping sauce has been designed to celebrate Melbourne’s Good Beer Week. The beer scene has changed dramatically over the past decade with an array of different varieties and flavour profiles available on the market. These different flavour profiles mean you can use beer to give food more depth and body. Once you taste these churros you will certainly understand what I mean. We tried a few different kinds of beers before settling on an IPA (in this case Pirate Life IPA), which really gives the churros a nice subtle hop kick. 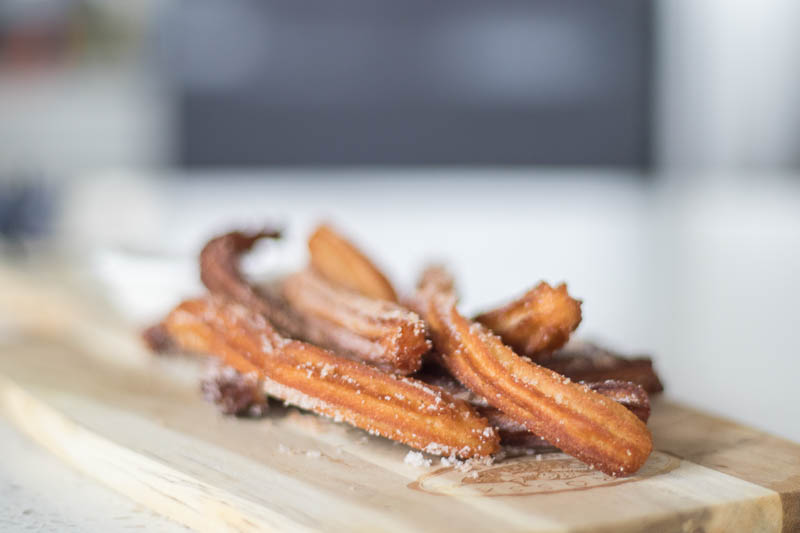 Only cook a few churros at time. If you add to many at once the temperature of the oil will drop rapidly resulting in soggy, oily churros.

You can use a beer other than IPA, but we find that the hop intensity of an IPA is just right. With a lager or pale ale the beer flavour gets lost, while a double/imperial IPA provides hops that are a bit too pronounced. Try a few beer styles and let us know which is your favourite.