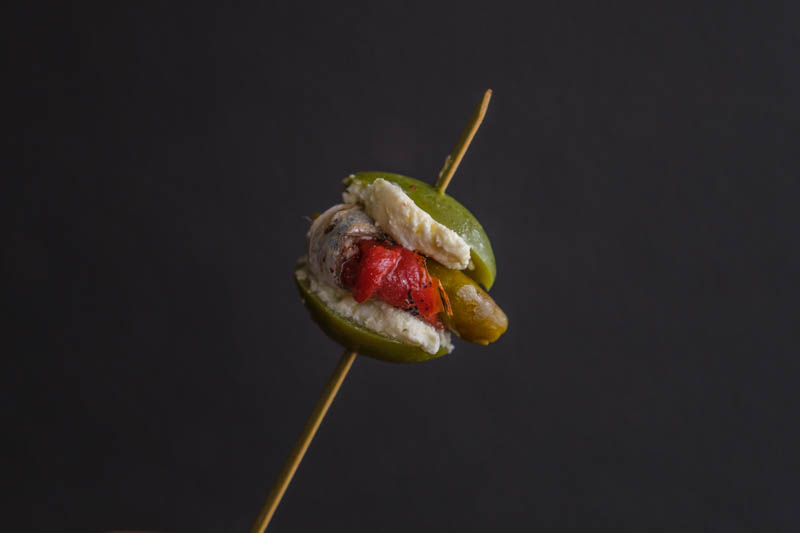 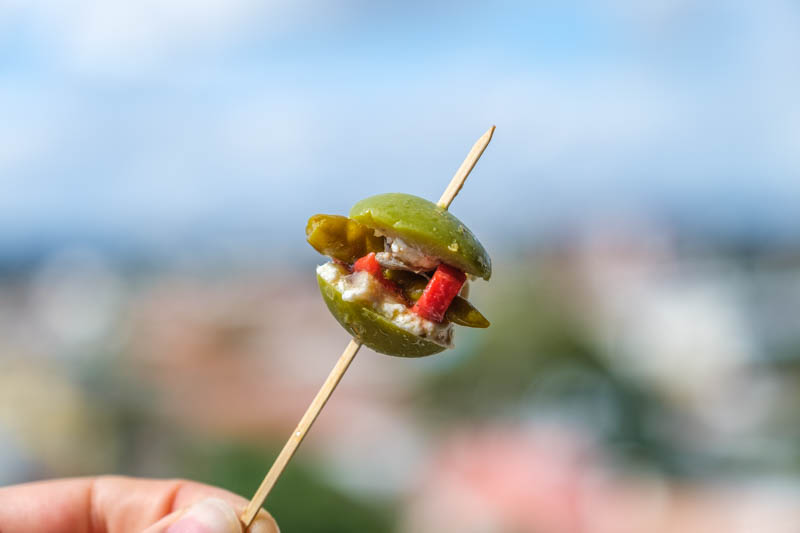 RECIPES | Pintxos Gilda is a traditional Basque pintxos served at nearly every bar in the region. It was created over 60 years ago at Bar Casa Vallés in San Sebastián when, so the story goes, a customer called Joaquín Aramburu started to skewer the olives, anchovies, and guindillas (Spanish pickled green chillies) that were served by owner Blas Vallés to accompany porróns of wine, and down them in one go.

Others though the idea was pretty great and started doing it too, and before too long the bar’s owner, Blas Vallés, started serving up this new pintxos. He dubbed it ‘Gilda’, after Rita Hayworth’s character in the 1946 film of the same name. Why? because the pintxo was green, salty and a little spicy, just like Hayworth’s character.

While the classic recipe uses only olives, anchovies, and guindillas, a lot of bars do their own take on the Gilda. Inspired by a recent meal at Bar SaracenBar Saracen, Melbourne CBD, where head chef Tom Sarafian has created his own delicious version, Lauren and I decided to create our own twist on the Gilda. Our version contains Persian feta, to add some creaminess to each mouthful, and olive oil marinated roasted red peppers for a touch of sweetness. The result is a sweet, salty, spicy snack that you wont be able to stop eating.

If you consider yourself to be a bit of a spice fiend, use two guindillas instead of one per Gilda. Be warned though, these little things are spicy!