MELBOURNE | Pretty Mama Melbourne is bringing Caribbean flavour to Melbourne’s Spencer Street, a part of town that has long been a relative no-go zone for food compared to the rest of the CBD. A collaboration between Michael Cotter (Gumbo Kitchen, Po’ Boy Quarter), and Shae Silvestro (ex Brooks, Der Raum), Pretty Mama is a Caribbean Grill/Island Bar that serves up a menu full of Caribbean inspired food and cocktails – and Red Stripe of course. The space is very casual and laid back, with a beach-side shack kind of vibe going on. The spirits selection is extensive, and includes many interesting and rare top shelf rums amongst other things. All of the classic cocktails are available, but it’s the run infused creations that really take centre stage. 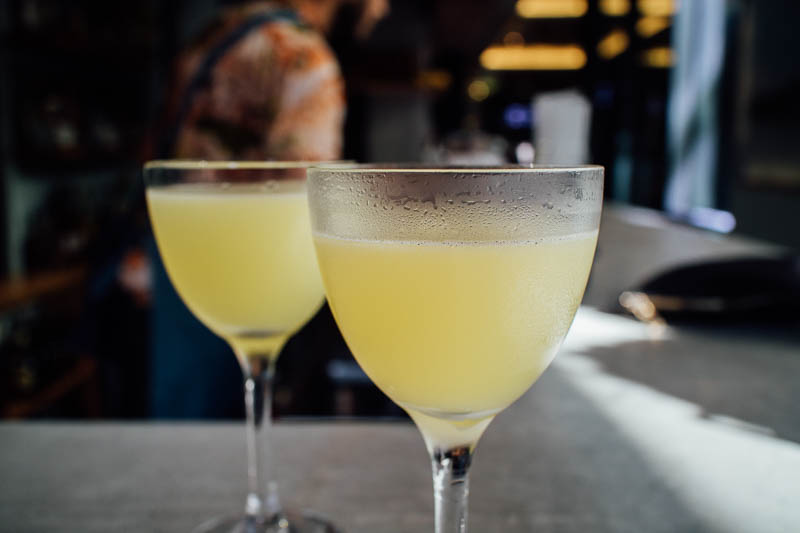 The kitchen is being run by chef Clint Gresham (ex Cobb Lane bakery) and is open to the restaurant. We spoke to Gresham and he told us that diners would be able to sit at the benches around the kitchen and chat to the kitchen staff while enjoying their meals. It’s all keeping with the casual atmosphere that the team at Pretty Mama want to achieve. We were invited to try a sample of some of Pretty Mama’s signature dishes and were treated to a range of starters and mains.

The duck fish (or “boar fish” as it’s sometimes known) ceviche was really tasty. It really worked, with the texture of the duck fish adding a not too common with ceviche chewiness to each bit. This was not a bad thing, as all of the ingredients worked really well together. You don’t see plantains on menus in Australia too often but these, for all intents and purposes, giant bananas are a great fruit to eat fresh or fried. These ones were super crispy, and tasted like a cross between potato chips and a mild banana. Very moreish. It wouldn’t be a Caribbean inspired venue if there wasn’t jerk chicken on the menu and the version at Pretty Mama is cooked to perfection on the hot open fire that is there for all to see in the kitchen. It’s not a spicy as we’re used to with jerk chicken, but the coating is full of flavour with a really nice char to it. The meat inside, tender and delicious. The grilled pork chop was also excellent, with the pineapple ceviche adding a nice acidic element to the mildly spiced pork. Monkfish isn’t used for this traditional dish in Haiti but in sticking with the ethos to use local ingredients where possible, Pretty Mama have sourced the similar Monkfish. This dish was the only one of the night that didn’t particularly impress. It was nice however it didn’t reach the highs of the other food we tried. It seemed a bit to under seasoned. We were impressed with what we saw at Pretty Mama. The owners are passionate, the drinks are great, and the food is tasty and a bit different to what you usually find in Melbourne. A welcome addition to this part of town.