MELBOURNE | The Virgin Australia Melbourne Fashion Festival (VAMFF) is back in 2016 and to celebrate the 20th anniversary, the festival is including an extensive array of events outside of the runway as part of its Cultural Program from Saturday 13 February to Sunday 13 March . The runaway will bare designs from fashion heavy weights such as J’Aton Couture , Aurelio Costerella, Alex Perry , Carla Zampatti and Manning Cartell as well as up and coming graduate designers. Of special note is the Jean Paul Gaultier collection for Target which is sure to be an interesting show from this international designer who has a very distinctive aesthetic. If the runway is not your cup of tea then this year the VAMFF Cultural Program has aimed to join together art, food and business with a fashion twist which has resulted in some great events meaning there’s truly something for everyone. There are also workshops, tours and business seminars available throughout the duration of the festival. If you a worried about the cost, don’t as there are an extensive range of free events on offer. After the video below are some of the events which we think really stand out this year. For the full VAMFF programme visit the official website.

The Fashion Film Series presented by RUSSH and supported by Val Morgan is a great initiative focused on letting some of the most talented Australian and International filmmakers display their talents. This curated program of 10 Australian and 3 International fashion films will be screened around the globe, amplified through Official Screening Partners ACMI and Fed Square, dynamic digital platforms, and a series of public screenings in Melbourne, regional Victoria, and nationwide. In particular, we recommend checking out “One Morning in Italy” by Oscar Boyson. 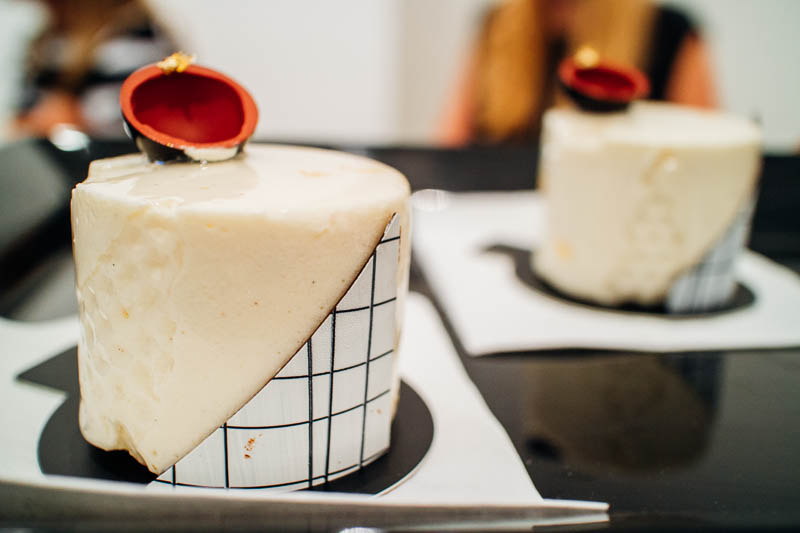 Eat My Style is a series of collaborations between designers and some of Melbourne’s best patisseries. The result is spectacular fashion inspired desserts such as the luscious chocolate and cherry lips created by Adriano Zumbo and Emma Mullholand. Other designer/patisserie combination include;

These delectable creations will be available in the stores of the relevant dessert boutiques for the duration of the 2016 Cultural Program, 13 February to 13 March. Along with the dessert you will receive a limited edition brochure beautifully illustrated by Megan Hess.

200 years of Australian Fashion is the first exhibit of its kind and will celebrate fashion through the work of over 90 designers and makers in a disrupted chronology which highlights key moments and platforms for the dissemination of fashion. It explores what Australian fashion has been and can be.

Marilyn Monroe brings together artefacts, clothing and other objects belonging to, or worn by the film icon, including more than 20 original film costumes, and dresses and accessories from her personal wardrobe. It might be hard to beleive, but this is actually the most extensive exhibit dedicated solely to Marilyn Monroe ever in the world.

We love supporting independent talent regardless of the industry and for fashion its no different. The offsite runways give creatively spirited independent designers the oportunity to showcase their collections in innovative runway formats across Melbourne.

Courtyard Cantina combines many of the things we love about Melbourne – fashion, food and music. The Immigration Museum will keep its doors open late every Friday night during VAMFF, allowing festival goers to celebrate summer in the beautiful CBD courtyard with music from CC:DISCO and Cocoa Noire, pop up bars and food by Feast of Merit and Burn City Smokers and a display of garments created by local designers Shanaaz Copeland, Dima G, and Gertha Imelda.

This retrospective is a celebration of the career of 97 year old designer Elvie Hill, spanning from her dressmaking in Flinders Lane, to the opulent surroundings of her once famous boutiques on Collins Street and Toorak Road.

Birrimbi Dulgu Bajal is a fashion performance featuring work by 10 Indigenous designers, artists and 18 local indigenous models, in a new dialogue of storytelling through the artistic and cultural practice of performance and fashion. Definitely one not to miss.

Smart, Alec Hatters is all about The SMART collection of boaters, bowler, beret, bakerboy,trilby, topper, toque, tri-corn, fedora, fez, deer-stalker, cheese-cutter inter alia. It’s about hats for alternative and creative thinkers. We love hats, and think more people should wear them and you’d be hard pressed not to find something that appeals to you here.

Block Party will include a runway show featuring The Social Studio label and exclusive collaborations, as well as a selection of local emerging designers. The event will also feature performances by local musicians, food by local market stalls and a community celebration. This is the third year that Block Party has been run and trust us, it’s one of the most fun nights you’ll have all year.