MELBOURNE | In a city like Melbourne, where traditional Italian food is everywhere, is it possible to deliver something modern and different? Cecconi’s is aiming to achieve just that.

Located at the Spring Street end of Flinders Lane, just near the Kino cinema and Parliament station, Ceconni’s is a bar and Italian restaurant that aims to put a modern twist on the traditional. It’s spacious and well-lit, without being overbearing, while being classy enough for date night.

The new winter menu has been curated by head chef Maurice Esposito, and The City Lane was invited to attend a preview. So let’s get started.

We will be the first to admit, when we saw the term ‘rotolo’ on the menu, we weren’t entirely sure what we were going to get. The result: a simple, elegant, and quite tasty starter filled with celeriac. Difficult to fault, the Italian sausage is simple, the salmon is light, and the Octopus is everything you could expect from a dish of his style. 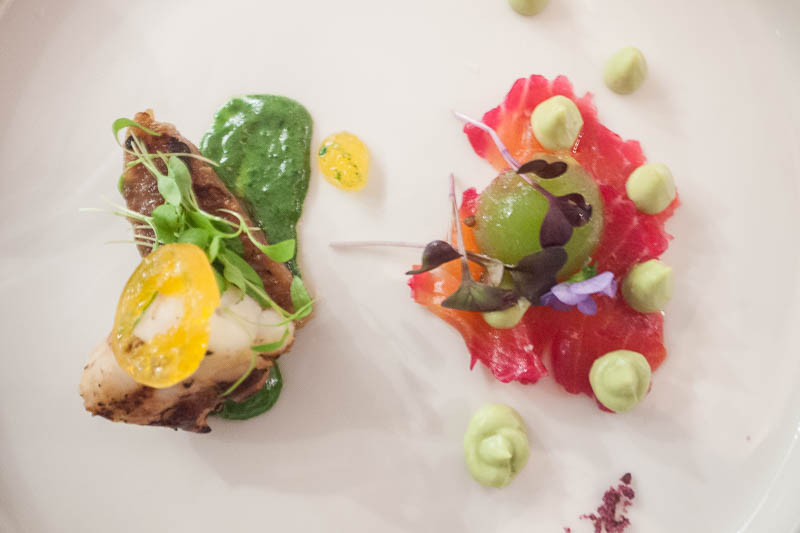 We think gnocchi gets a bad wrap these days, but its a simple and kind of amazing dish that delivers. Especially when it’s made like this. 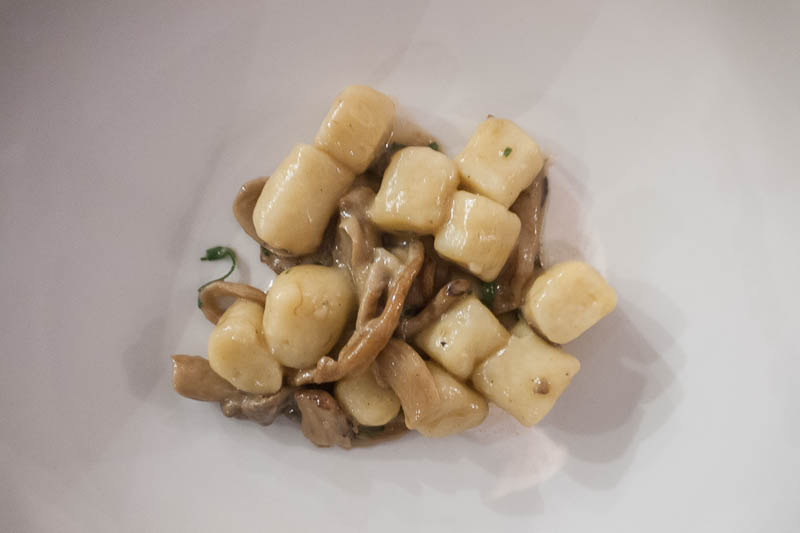 This pumpkin risotto was a little heavy for our tastes,  but we can understand how it could be just the ticket during the winter months. To us it was comfort food, but that’s probably not a bad thing. 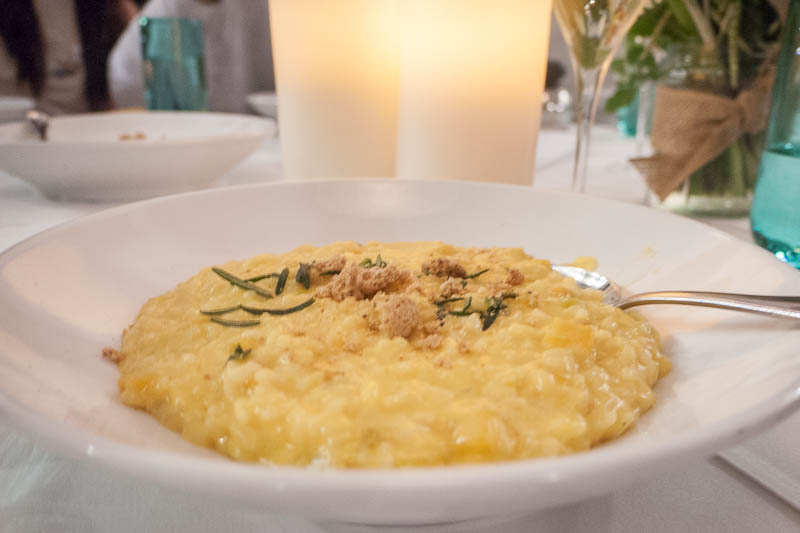 The fish and dressing were the winners here, with the carrot working to balance out the taste. 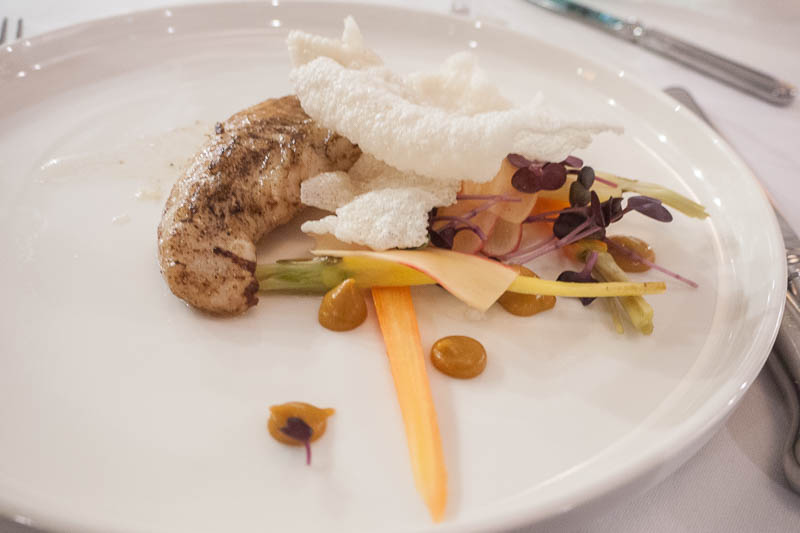 It’s true that many of us either love or hate lamb, but when it’s done right like this, it can be a solid choice. 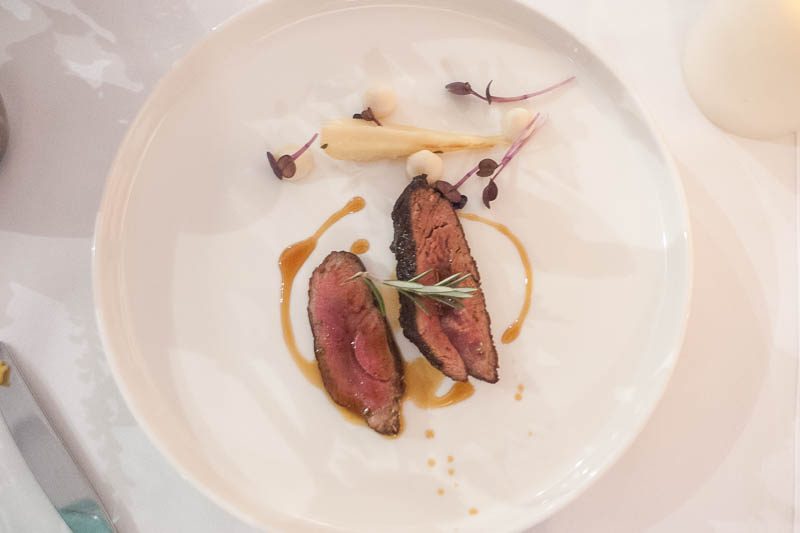 It’s said that everyone has a separate stomach for deserts, and despite the 9-course meal, the joy of the Italian doughnuts is just too good to pass up, as was the pannacotta. 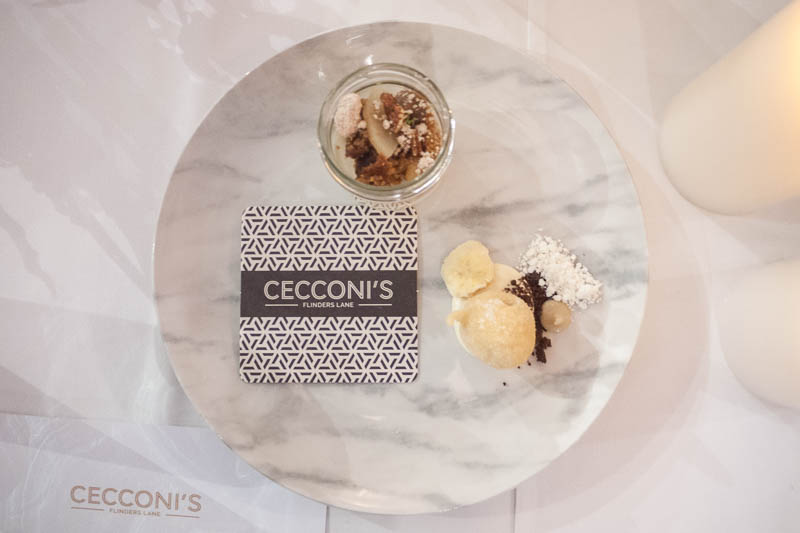 Modern Italian food like this won’t be for everyone, and we are certain there will be a considerable group of Melburnians who would prefer to seek out more traditional fare. But for those looking to branch out, Ceconni’s delivers on what it promises.