MELBOURNE | Embla Melbourne is the new wine bar/eatery by Town Mouse duo Christian McCabe and executive chef Dave Verheul. At its heart it’s a simple inner city wine bar, with a focus on quality wines and fantastic food. It’s a cozy space with with New Zealand architect Allistar Cox making extensive use of wood, exposed brick and granite floors to create something quite rustic. The downstairs bar seats around 60 people and there are plans for a walk in wine shop proper restaurant upstairs later on in the year. For the best view, snag a seat at the kitchen bar where you can watch the kitchen staff work their magic using the massive custom built wood-fired oven or the charcoal open grill. When it comes to the wine, accessibility is the key at Embla. Co-owner and French natural-wine producer Eric Narioo has prepared a list that contains wines from around the world, with a focus on local drops. There are new and old world wines, familiar and unfamiliar varietals, medium sized and boutique labels, with the list structured in such a way as to encourage those who may be unfamiliar with wine to experiment. It’s about what the wines taste like rather than names and traditional categorisations. McCabe has stated that it’s “more about where they’re from rather than what someone did to them in the winery”. The knowledgeable and friendly staff are more than happy to help you find the wine you’re looking for, regardless of whether or not you know what that wine is. This might be a wine bar, but the food is anything but a second thought. Anyone who has visited The Town Mouse will know the sort of food that Verheul is capable of producing and the food at Embla meets these expectations. It’s rustic food designed to pair with wine, that is more comforting and familiar than what you might expect but with enough flair and interesting touches that it still wows. We recently visited with Melbourne food and lifestyle guru Dave from The World Loves Melbourne and made our way through as much of the menu as we could.

A simple starter that balances out the saltiness of the anchovies with onion and a buttery crisp toast. 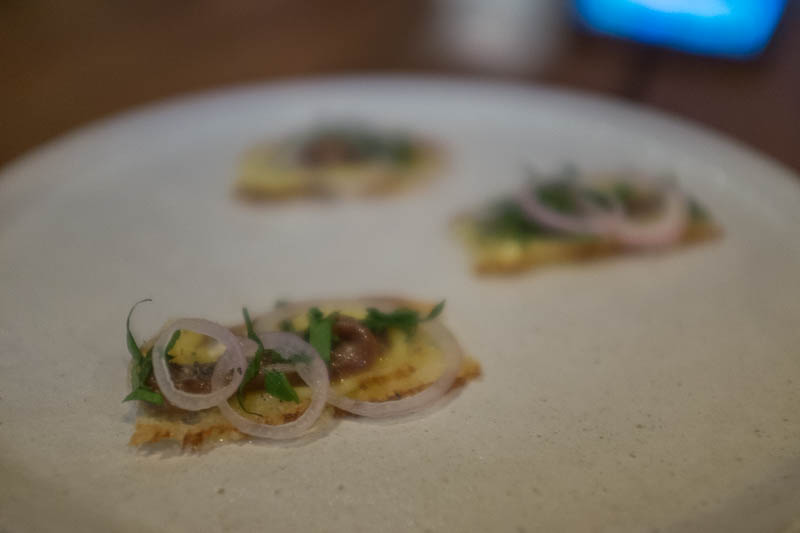 This dish was delightful, with the saffron and garlic flavour of the rouille balancing with the slight pickled flavour of the fresh mussels. As is the case with many of the dishes on the menu at Embla, it’s all about simple flavours and balance. This simple dish highlights the lightness of the stracciatella, with the chamomile and fennel adding subtle flavour notes that don’t overpower the cheese. 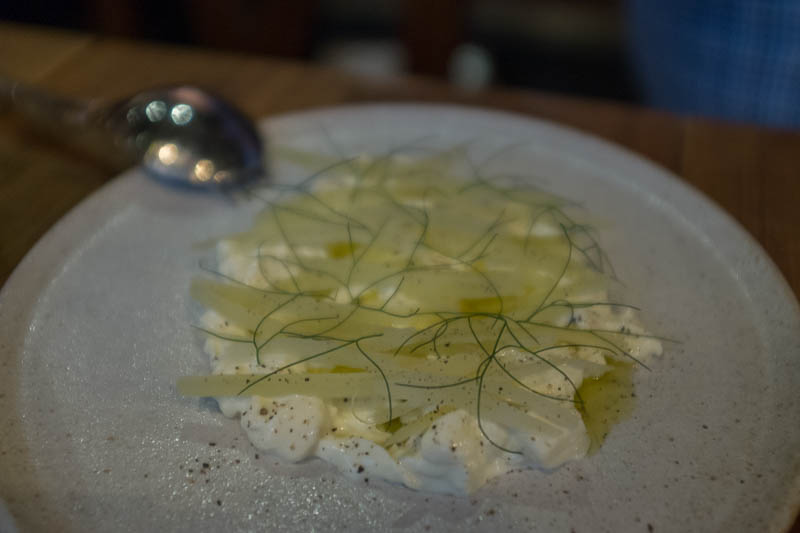 If there was a lowlight on the menu the aged flounder was it. While it was tasty, perfectly cooked and beautifully flaky, the balance of flavours didn’t quite work with the flounder. It felt as though there was something missing here. Perhaps a touch of sweetness or some sour? Something like Radicchio instead of kale might have worked better. 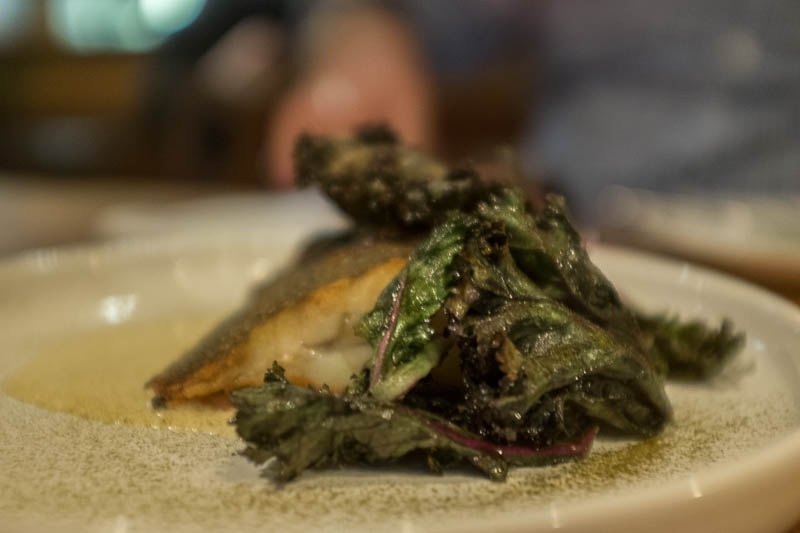 Steak is one of the best ways to show off the qualities of an open flame charcoal grill and the Black Angus Bavette didn’t disappoint. Lightly seasoned, the quality of the meat licked by flames was allowed to shine. 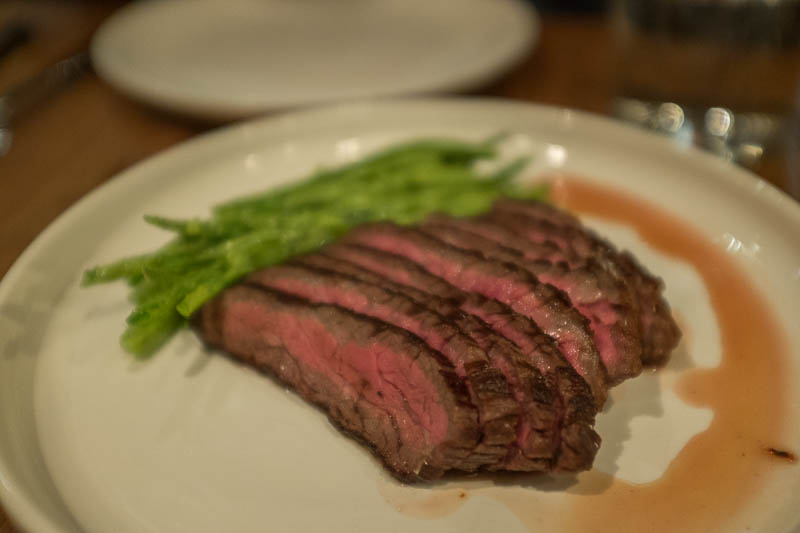 The half roast chicken served with roasted garlic cloves, rosemary and a chicken jus has already become one of the most talked about menu items and it’s easy to see why. The chicken exemplifies everything that’s great about the food at Embla. The quality of the meat is exceptional, the garlic is roasted to the extent that you can happily eat an entire clove with its skin and not recoil and the jus, coming from the chicken itself is sublime. One of the most simple things on the menu, but also one of the best. The creamed corn was another highlight, with the creamy and slightly crunchy texture playing tricks with your mind while the variety of flavours tickles you taste buds. The ice cream was smooth and creamy, with the rum present in just the right amount as to not be overwhelming. Paired with figs, it was a simple, well balanced dessert. 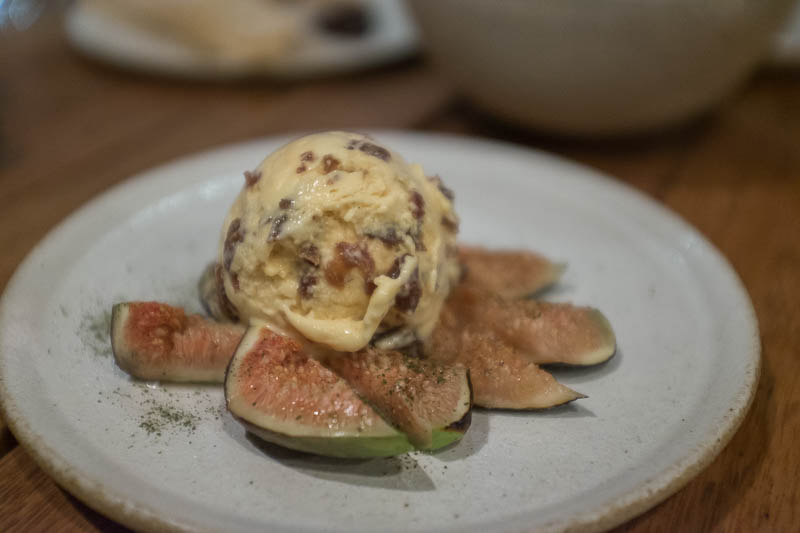 This was a very simple dish, with the light flavours playing nicely with each other. It had sweet and sour elements, with the shaved ice adding an interesting textural element. 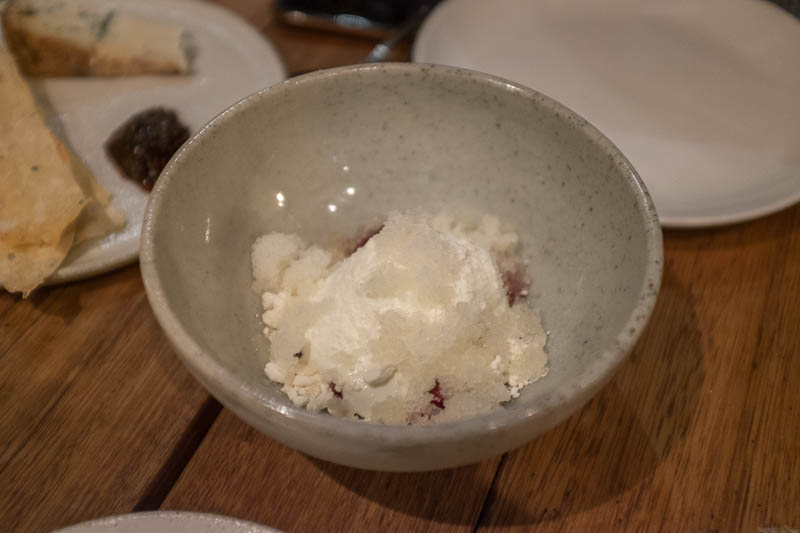 There’s a decent variety of cheese to choose from at Embla, and we couldn’t leave without trying one of them. Embla might be new to Melbourne’s CBD but take a visit, and you’ll feel like you’re visiting a place that’s already a Melbourne institution.