Iran: The White Chadors Of Varzaneh

VARZANEH | At The City Lane we’re always looking for off the beaten path experiences, things that you don’t normally find in the travel guides and while travelling through Iran we came across an article about the rural city of Varzaneh that fit the bill. The immediate striking thing about Varaneh is that the woman wear white chadors during Friday prayers rather than the customary black chador that is common throughout the nation. Varzaneh is a small town of 14,000 people situated 105km south east of Esfahan and around 200km from Yazd in the middle of the Varzaneh desert. If you want to visit, you need to make a concerted effort to get out here. There is limited information about this city and we were intrigued to experience the place for ourselves. There is little information about why the tradition of white chadors has arisen, some information suggests it it to ward off evil spirits, other sources imply it’s due to the hot desert climate and white garments are a lot cooler than black. As we arrived in Varzaneh we weren’t quite sure what to expect. All we knew is that we wanted to see a flock of white chadors, so we parked the bus out the front of the town’s mosque and patiently waited to see the mass arrival of “white ninjas” as we dubbed them. As we sat and waited we noticed how quickly the woman were trying to enter the mosque through its multiple entrances. They were incredibly difficult to photograph hence our playful name of “white ninjas”. It in part became a game, think about one of those old school arcade video games where quick reflexes were essential in order to tag the various characters popping up on the screen. In our case it was find the ninja and photograph. As Varzaneh is not a tourist town the locals seemed perplexed by the group of about 10 people standing around with cameras and phones waiting to take photos. A group of local children were particularly curious. While we sat waiting we were approached by a member of Iran’s religious police. We had not encountered the religious or morality police anywhere else in the country but, as in most nations, the more rural and isolated you get, the more conservative things become. At this point we thought we were going to get in trouble for loitering out the front of the mosque but rather a few of the woman in our group were quite sternly asked to “cover-up” as too much (approximately 1-2cm ) of their hair was showing. This was a relief, and with a few slight adjustments we were once again compliant.

After the religious police left our guide spoke to one of the volunteers working at the mosque. He managed to convince the man to allow us to quickly have a look inside the mosque as long as we did not disturb anyone who was praying. The women had to borrow chadors and during prayer time the women and men were separated, with curtains separating the courtyard and interior of the mosque into 2 distinct sections. While inside the mosque we managed to take several photos of some of the women who agreed to have their photo taken. Despite the language barrier there was an understanding and a sense of serenity amongst us all. 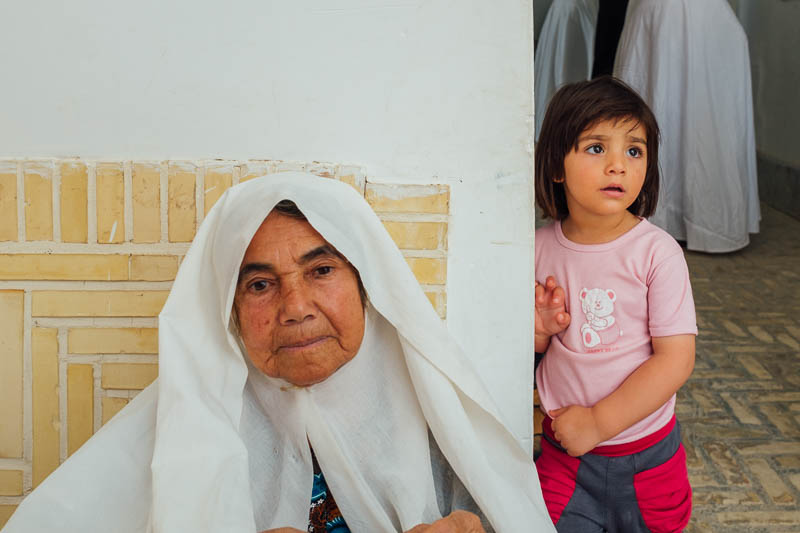 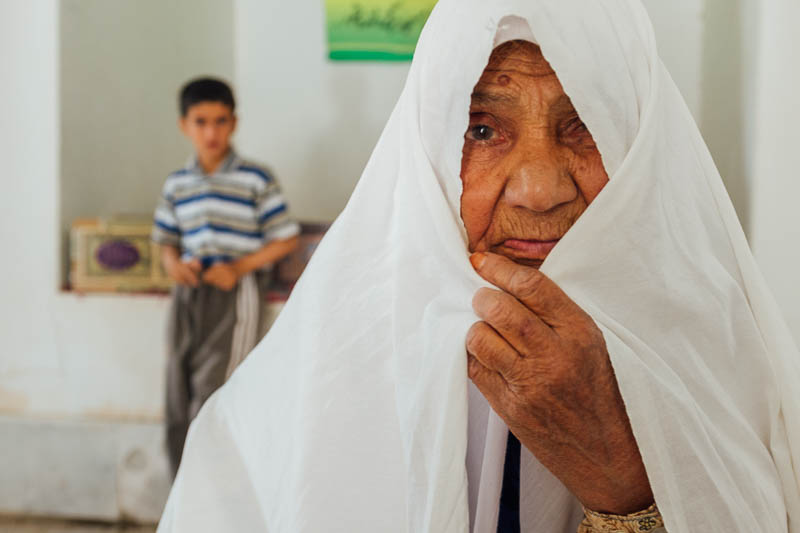 Once Friday prayers had ended, the mosque cleared out and we left Varzaneh and headed towards some pigeon towers, content with the fact that we had experienced something quite unique. The town may not be on the way to.. well anything actually, but if you do ever visit, you’ll experience something well worth your time.