YAZD | The Zoroastrian “Tower of Silence” was one of the most intriguing historical landmarks we came across whilst in Iran. The Zoroastrian religion is one of the oldest in the world and at one stage was one of the most powerful religions in the world. The religion is based on the prophet Zoaroster who went into the Daiti river to draw water for a ceremony. When he emerged he received a vision of Vohu Manah (“good purpose”) who took him to six divine entities to bring him a complete vision. This vision encouraged Zoaroster to teach what he had seen; the existence of one true god. This changed religion dramatically resulting in the foundation of many present day religions. One of the most interesting parts of the Zoroastrian religion is the way they bury their dead. The dead are placed in the center of an exposed circular structure often on top of a hill or mountain and are left for scavenging birds to de-flesh the body.

In the Zoroastrian faith a dead body is considered to be unclean as the “corpse demon” can rush into the body and contaminate everything that it comes into contact with. Hence a body can not be buried until all the flesh has been removed from the skeleton and the bones have been stripped completely clean. Once the bones are “clean” they are prepared in a building at the base of the mountain and then buried. 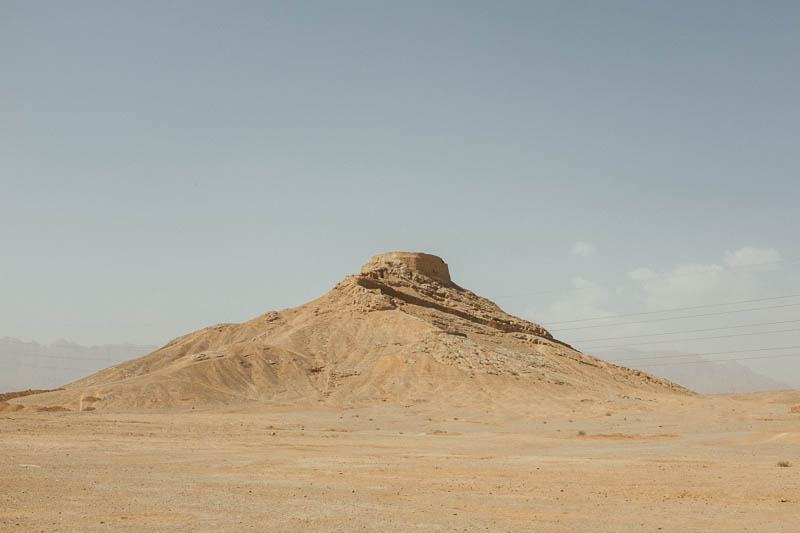 One of the most surprising facts about the Zoroastrian faith is that this ritual was still in use until the 1970s, when it was prohibited by law as it was deemed a health risk. The Zoroastrian Towers of Silence are an incredible piece of history and definitely worth visiting when you travel to Iran.