Ironbark BBQ Pops Up At The Alehouse Project

MELBOURNE | Ironbark BBQ is once again on the move, this time to fabled craft beer bar The Alehouse Project in Brunswick East, and we really couldn’t be more excited. But it’s only for January 2016. From ribs to wings, shoulders to brisket and other assorted goodness, Ironbark BBQ take their low and slow cooked American BBQ very seriously. With their famed circus-like residencies, these travelling artisan smokers have flaunted their signature style all the way through Melbourne, taking over the kitchens of places such as The Workers Club, the Rum Dairy, and Kustom Kommune. When we visited on launch, the back room behind the swinging doors, where you’ll find Ironbark set up and ready to take your order, was still being spruced up. The food however, was all good to go and on point, especially the famous beef brisket. And as this is at The Alehouse Project, there’s also a special beer treat in the form of ‘The Pickle Puncher’, a one-off single keg release from 7 Cent Brewery. Toe be precise it’s a Gose that had fresh cucumbers steeped in it for 1 week prior to kegging. For those new to the craft beer scene, among their many achievements, 7 Cent Brewery were responsible for the now legendary Lexington, one of the best (and strongest) beers of 2015, and having tried the Pickle Puncher on launch day, we can assure you it’s unlike any beer you’ve tried before. If that doesn’t tickle your fancy, there’s always the other 11 taps and the interesting bottle selection. 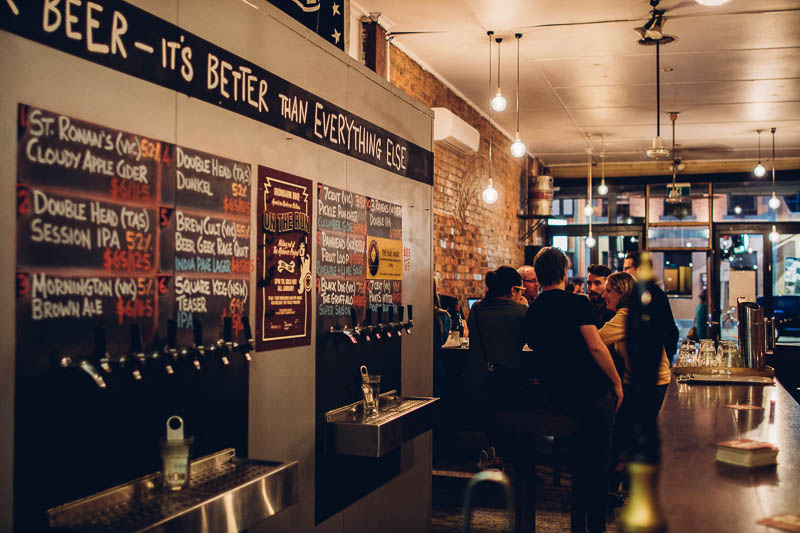 Ironbark BBQ will be making their mark at the Alehouse project from 5pm until sold out every Wednesday to Sunday from Thursday 7 January until Sunday 31 January, 2016.

It’s very rare to see the entire City Lane team universally excited over anything, but with some of the best American BBQ in Melbourne popping up in one of the best craft beer venues in Melbourne, I think you can understand our elation. A group of us went for a feed on opening night and confirm it’s exactly what you’d expect, which is a very good thing.

Some things are worth your undivided attention. Ironbark BBQ at The Alehouse Project