*Note: Meatmother has closed down*

Meatmother Richmond is the latest new restaurant to open on the rejuvenating Swan Street. Co-owners Neil Hamblen and Nick Johnston (disclosure: I work for Nick Johnston in another, unrelated capacity), who are new to the restaurant game, have set out to provide Melbourne with a den of meaty goodness, inspired by the American BBQ venues found in cities like Austin, Texas. The venue is small and narrow, and decked out in cleavers, saws, animal skulls and other suitably meat related objects.  Think industrial chic meets your local butcher.  Large black and white prints with edgy imagery adorns many of the walls too.  It all comes together really well, and helps to set the scene for the meal to come.  With looks like this, I had my fingers crossed that Meatmother would be more than just a superficial twisted beauty. Heading upstairs, Meatmother takes on a noticeably lighter tone (literally, not figuratively).  Wooden floors, tables and chairs and clean white walls are adorned with various industrial flourishes and more of those unique black and white prints. The dishes come unsauced, with the two sauces “Panther” (Carolina style vinegar and chilli flake based sauce) and “Chief” (Kansas City style ketchup based sauce) being provided on the tables to add as you please.  I like this idea as it gives diners the opportunity to really taste the flavours of the meat before saucing things up.  Both sauces are made fresh in-house. The drinks on offer at Meatmother are a carefully selected range of beers cocktails, bourbon, rye and whiskey.  Wine, cider, soft drinks and sweet tea are also available.

The beer selection is very impressive and contains a variety of craft beers from the USA and American inspired local craft beers.  I was very pleased to see one of my favourites, 3 Ravens’ “Dark Smoke Beer” was on offer but was even more impressed to see Dogfish Head’s “My Antonia Pilsner” on the menu.

For those who don’t know much about beer, Dogfish Head is a USA craft brewery that is considered by many to be one of the best in the world.  The beers that come out of this brewery are always amazing and they are very hard to find in Australia.  To find a venue that actually sells one of their more unique beers in this part of the world is a rare and wonderful thing.  I would attribute this in large part to the fact that Meatmother have consulted craft beer aficionado Tiffany Waldron aka Beer Girl Bites, to consult on the drinks menu.

The cocktail list is short and impressive.  The bacon sour was delicious, and the candied bacon was a real treat. From the sides you have a choice of bbq beans, chipotle slaw, mac & cheese, gravy mash, grilled cos salad or sprouts with lardons.  Extras of house pickles, BBQ chicken wings and hock croquettes are also on offer.

All of the meat is local and free-range, and smoked at a low heat for up to 12 hours.

I really enjoyed this.  The pulled pork was extremely tender and the strands had an amazing texture to them.  The pickles were very tasty, and, in what my fiancée and I both declared the surprise package of the night, the sprouts with lardons (small cubes of pork fat) were divine and with an unexpected complexity to them. The brisket was very tender and tasty and the slaw had a nice level of spice and tartness which complimented the meat very well. We were told by both Nick and Neil that the beef short rib was the “hero” of the menu, so had high expectations.  Needless to say, these expectations were well and truly met.  The meat fell right of the bone and was extremely tender with the perfect level of smokiness.

The mac & cheese was great too.  When my fiancée and I were in New York, we went to Williamsburg restaurant Roberta’s and my fiancée had what she has always claimed was “the best mac & cheese ever”.  Nowhere has been able to match it, however tonight she took one bite of Meatmother’s mac & cheese and instantly said “this takes me right back to New York”.  High praise indeed.

The beans were also very tasty. The frozen lime pie was delicious.  It had a really nice, almost frozen yoghurt (but denser) texture to it and was on a chocolate base. The sticky toffee pudding was very tasty, and came with a caramel sauce and caramel bourbon ice-cream, which my fiancée was a big fan of. 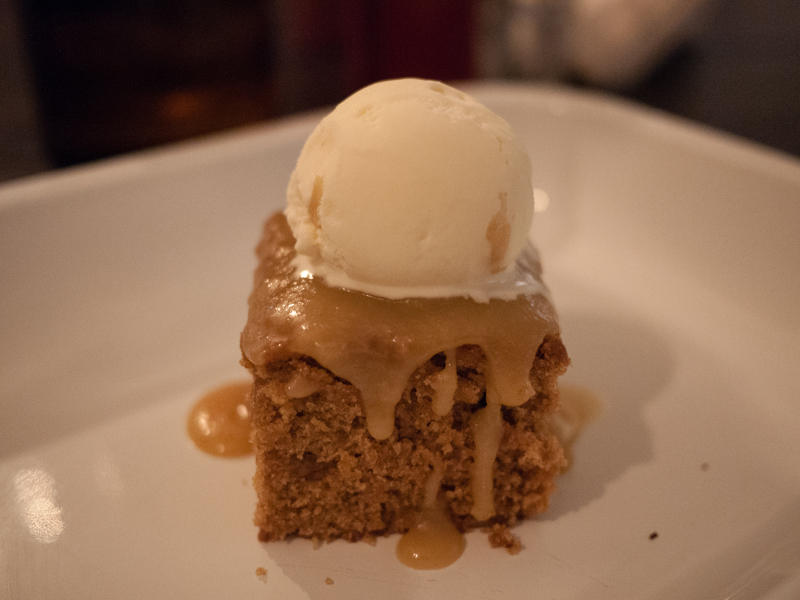 Overall, Meatmother really hit the spot.  With a smoker imported from the USA and Michelin trained Quebecois chef Yannick Dagenais in charge of smoking duties, it’s clear that these guys were serious about delivering a quality product from the start.

Thankfully, after only 2 days of operation, Meatmother more than lives up to expectations and really does offer a point of difference from the American food that many of Melbourne’s other restuarants have been offering as of late.  I’ll certainly be back there, not just for the food but also for the great drinks and brilliant service.