Sydney Madang is hidden down a laneway behind the hustle and bustle of Pitt Street and has, over the years, developed a reputation for offering Sydneysiders consistently good Korean at a decent price. My wife and I arrived in Sydney quite late on a Friday night and for our first meal of the trip, decided to head to Sydney Madang which is open until the early hours of the morning, 7 days a week.

Walking down the laneway, past the street art and towards the light of the restaurant, we were greeted by the sound of conversation and laughter. Sydney Madang has a fun, casual vibe. The place was packed, and everyone seemed to be having a great time. The menu is quite extensive and contains an assortment of Korean BBQ options, along with several other dishes. Trying to choose just a handful of dishes is quite difficult, and my wife and I ended up over-ordering as we couldn’t narrow down the options beyond the four that we chose – this kind of food is definitely designed for sharing.

The “thick sliced” part of the description was no understatement – the slices of pork belly were very thick, and we were given kitchen scissors to cut them into more manageable sizes of our choosing. A few minutes on the barbecue and they were ready to eat. Simple and delicious. The marinated beef was also really delicious and very tender. The strips were quite thin so we didn’t have to wait too long for them to cook which was great as we were starving. There is no watering down of the food here for western tastes. A full range of accompaniments and sauces were made available to us for our meal. The pancakes were tasty and very filling. The outside was crispy and the inside was quite dense. My wife and I have been getting into eel quite a lot over the past few months. It’s not intentional, but it seems to be appearing on more menus as of late and it’s always interesting to see how different cuisines tackle this creature of the sea which can be difficult to cook. The eel at Sydney Madang was delicious, with a sweet and sticky marinade that really enhanced the flavour of the eel without completely masking it. I’d been craving Korean food for a few weeks before my visit to Sydney Madang and I was more than happy with the meal that I had there. The food was great, as was the service. Staff were always on hand to replace hotplates when they became too smoky and charred and everything was very efficient. I only wish that I could have eaten as part of a bigger group in order to try more things. 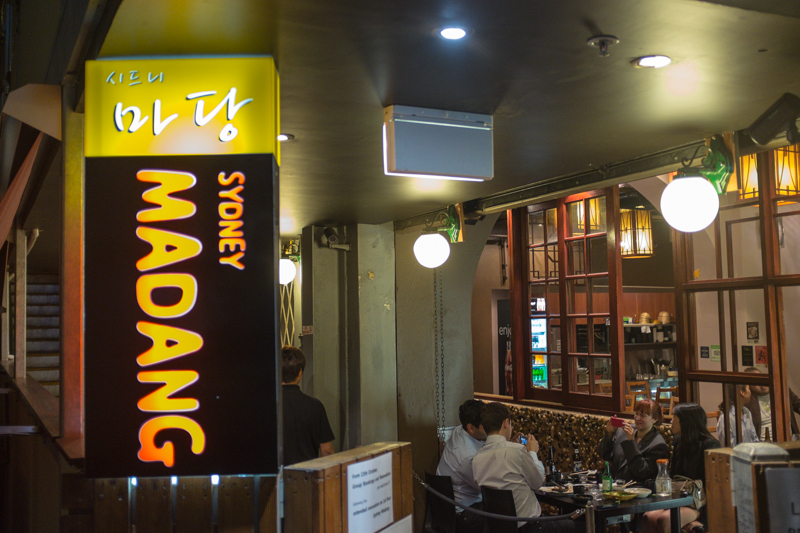