LONDON | Last weekend, I was invited to spend an hour with Philip and Keith of Wilde’s Cheese to learn about their delicious handmade, artisan cheeses produced in North East London. I first discovered Wilde’s Cheese a few years ago at my local award-winning farmers’ market at Alexandra Palace in North London.

Philip and his husband Keith have been making cheese in Tottenham since 2012. Tottenham isn’t the location you’d instinctively think of as a cheese making haven, but to be fair, that could be said of London as a whole; due to an obvious lack of grazing cows across the capital, there was absolutely no history of cheese making here until Wilde’s set up shop. Six years and several awards later, they now sell their cheeses to some of the best restaurants in London as well as direct to the public in the local farmers’ markets around Tottenham and from their website.

Philip describes cheese making as the ‘alchemy of the ordinary’; turning the everyday into something magical and unique. He goes to great lengths to explain that Wilde’s doesn’t aspire to be a huge manufacturer where every cheese is identical to the next. Instead, as artisan cheese makers, they concentrate on hand-made small batch production and treat every day as a new adventure, continually experimenting with new recipes that might lead to the next best seller.

It is in this context of experimentation and alchemy that Wilde’s have created their own unique cheeses. Indeed, rather than copy recipes of well-established cheeses such as Cheddar, Stilton or brie, Wilde’s have made their own blends of bacteria and cheese ‘starter cultures’ from all over Europe and combined them with milk from East Sussex. In doing so, they have created some very special cheeses that can’t be found anywhere else.

It goes without saying that milk is intrinsic to the taste of a finished cheese; Philip and Keith were fastidious about finding a source of unblended milk for their dairy. A single origin not only ensures full traceability, but also a deep understanding of the milk’s inherent characteristics and taste profile. Eventually, the couple struck gold with milk sourced from a herd of Jersey cows living on a farm down in Rye, close to the South Coast of England. Moreover, with food miles high on their agenda, Rye is only a stone’s throw away from London.

In its simplest form, a cheese is made by warming milk with carefully selected bacteria and rennet (Wilde’s only uses vegetarian rennet). The bacteria raise the acidity of the milk which leads to curdling; the whey splitting from the curds. The bacteria also dictate the unique flavour profiles and style of rind the cheese will develop. The curds are then drained and seasoned before being pressed and finally aged in a cool, humid environment. During the ageing process, cheeses are often washed in brine; some are then doused in flavour imparting liquids which could be anything from whiskey to grape juice. So, just like wine production, there are thousands of possible permutations which truly make cheese making an art form.

During my time talking to Philip, I learn that there is no optimum time to eat a cheese. Cheeses are constantly evolving, their flavours and textures developing as days and months go by. What might taste good to me, might not be so good for you. In this respect, Philip and Keith go to great lengths to educate their customers in understanding when a cheese is just right for them. Moreover, the flavour and colour of cheeses change with the seasons; milk in the summer often has a slightly more yellowy hue as a result of the buttercups and dandelions that the cows happen to be eating; it follows on that the flavour of those cheeses will also vary.

Philip showed me round their production facility. What’s immediately apparent is the lack of any mechanised cheese making equipment. In fact, the only mechanised kit they possess is a large vat to warm milk, the only process not done by hand. I’m then lead into cool aging rooms, piled high with different types of cheeses of all ages, some tried and tested, others pure experiments. As Philip guides me round the dairy, his enthusiasm and love for what he does is infectious and it strikes me that although there may be alchemy in cheese making, there’s also a serious amount of dedication, art, skill and knowledge that allows that magic to happen.

In all, Wilde’s produce around seven cheeses at any one time. The varieties change throughout the year depending on customer demand and also what the pair feel like creating next. Their range embraces blue cheeses, soft cheeses as well as hard, so enough variety to suit any palate. Now firmly ensconced in the book of great cheesemakers, Philip and Keith have begun growing an events business and also supply towers of cheese for weddings and celebrations. They also run their over-subscribed cheese making course at the dairy on a weekly basis and, more recently, begun running corporate events for London businesses.

If you’d like to try some of Wilde’s delicious London artisan cheeses or attend one of their courses, get in touch via their webiste, or shop directly from one of the markets they trade at: Alexandra palace and Myddleton Road. 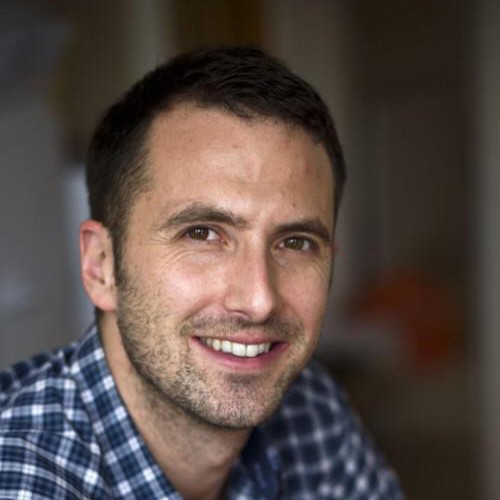 Alan
Alan is a lifelong foodie based in London whose articles and recipes have regularly appeared in the UK national press. Alan’s first cookbook was published in 2010 and, ever since, he’s been regularly running his successful classes at Leith’s School of Food and Wine. Alan has been involved in all aspects of the food industry from launching his own food brand to private cheffing in France and Spain (and a lot of other stuff in between!). Alan is also a keen traveler and ensures that food a drink are central to his trips. He loves how ingredients, recipes, and great food can bring communities together and enjoys exploring this on his travels.