PERTH | Petition Beer Corner Perth is a the craft beer bar that the CBD has been crying out for. Western Australia might be the state that kicked off the craft beer revolution in Australia, and the craft beers that it’s brewers produce might be some of the best regarded in the nation, but until recently it’s actually been hard to get a lot of them on tap at one place.

Located at the Barrack Street end of the the recently renovated heritage listed State Buildings, Petition Beer Corner entices visitors with its exposed brick walls, spacious interior and swathes or natural sunlight. It’s the brainchild of Little Creatures founders and former owners Adrian Fini, Howard Cearns, David Martin and Nic Trimboli and, unsurprisingly given the track record that these guys have, it’s rather good. The showcase is the 18 taps, which contain a rotating selection of local, interstate and international craft beer. Most beers are available in 3 sizes (150ml, 300ml, 450ml) with prices varying depending mostly on the ABV and country of origin of the beer. You’re looking at an average of $3.50/$7.00/$10.00 for a beer in each of the 3 sizes. A range of styles from Indian Pale Ales to Saisons, Stouts to Hefeweizens are on offer and the friendly and knowledgeable staff are happy to talk customers through the beers on offer on a given day. All staff are accredited as Certified Beer Servers under the Cicerone program, which basically means that they know their stuff – the test requires mastering the facts of at least 49 styles of beer. It’s not just the 18 taps where good beer can be found. Petition also has a “bottle shop” from which patrons can buy bottled beer to take away or drink in the venue. As with the taps, the bottles range from the local to the foreign, the accessible and familiar to the challenging and rare. I’ve been here twice and have always managed to find beers that I’ve never seen elsewhere. There’s not much of a wine list here, but that’ because Petition Wine Bar & Merchant is located next door. The food is more than an afterthought at Petition, with head chef Jesse Blake putting together a menu that uses fresh, local ingredients to put a twist on what is, at its essence, posh pub food. For a bigger selection of food you’ll need to visit the adjacent Petition Kitchen (or Long Chim downstairs). 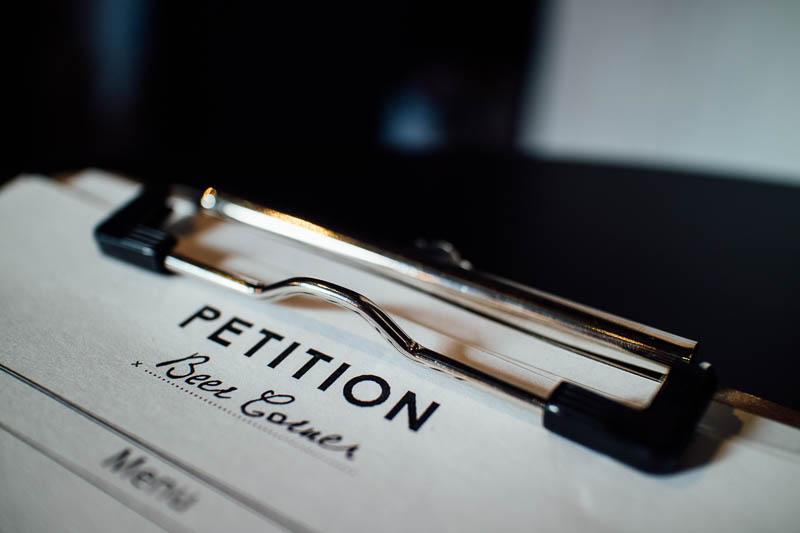 These crunchy, deep fried pieces of porky goodness are exactly what you want with your beer. Fatty and salty but not too oily the chicharones were balanced nicely with the dip. Nice fried chicken that was moist on the inside and crispy on the outside, but a bit lacking in flavour without the much needed dipping sauce. Also quite pricey. Does what it says on the box. Perfectly acceptable fries that are soft on the inside and crispy on the outside. A nice, not overpowering BBQ flavour. A lighter dish to go with the lighter beers on the menu, this one worked really well with a nice textural mix and subtle flavours that didn’t overpower the fresh fish. 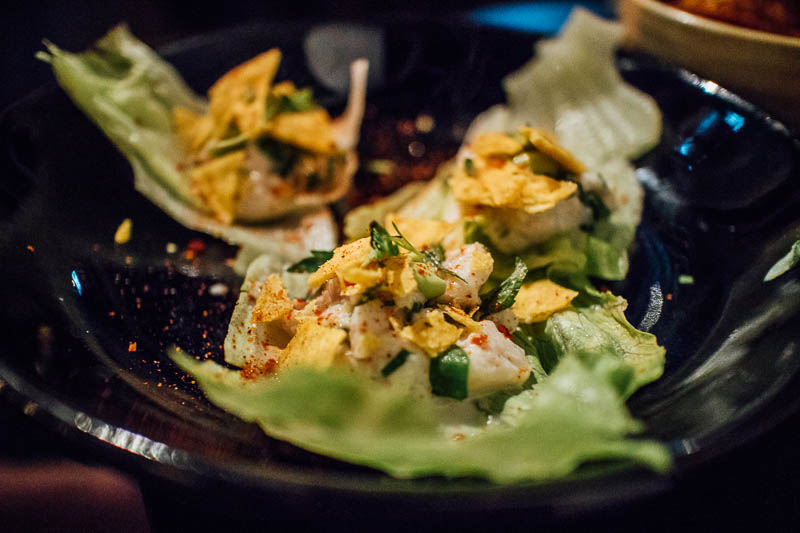 One of the most simple items on the menu, the chorizo had a nice little kick to it and left a nice succulent mouth-feel after each bite. Petition Beer Corner is definitely on the pricer end of the scale, however the offering is such that you want to return. A fantastic space, great service, a brilliant craft beer selection and great pub snacks all add up to a winning offering. Cheers!