What To Eat In Japan – 15 Japanese Foods To Try

JAPAN | The question of what to eat in Japan is something that we’re often asked by people travelling to Japan. Between the team we’ve been lucky enough to visit Japan several times and have a pretty good idea about which Japanese foods visitors should try.

Japanese cuisine is one of the most diverse, and tasty cuisines in the world. Most people outside of Japan know about a few Japanese dishes – sushi is by far Japan’s best known food, while ramen and tempura are quite popular too. While these are all great things to eat, they are just the tip of the iceberg when it comes to Japanese food. When trying to decide what to eat in Japan, you’ll soon realise that there are plenty of fantastic Japanese foods to try, and many regional specialties and variations.

Many restaurants in Japan specialise in one thing, with chefs dedicating their entire careers to mastering how to prepare, cook, and serve a particular dish. The result of this means that whether you’re eating at an affordable hole in the wall izakaya or an expensive high end restaurant, the quality of food you’ll find will almost always be fantastic.

If you’re planning a trip to Japan and want to know what to eat in Japan, or just looking to expand your culinary horizons in your own town, here are 15 Japanese foods to try. 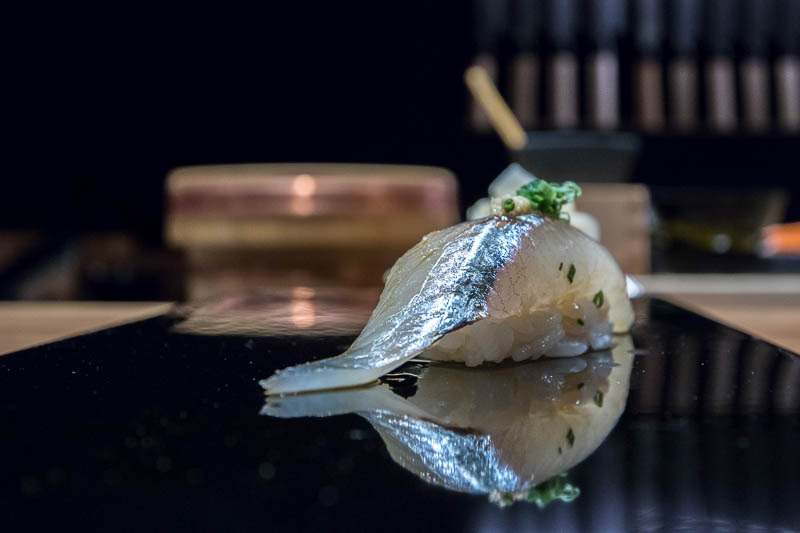 A lot of people in the West think that sushi involves raw fish, this is actually only one type of sushi. The only thing that sushi needs to have is vinegared rice with a topping, which can be cooked and does not have to be fish. If you’re only experience of sushi is what’s sold in most place in the West then prepare to be amazed when you try sushi in Japan.

The quality of the meat is fantastic, but the most surprising thing is the rice. The Japanese take their rice seriously, and the right rice served at the rice temperature makes each bite of sushi something special. Try toro (fatty tuna) and aji (horse mackerel). Sashimi is simply high quality raw fish cut into small pieces. It is generally served with soy sauce, ginger and wasabi and/or Japanese mustard. It’s hard to describe how something so simple can be so delicious but, just like much of the food in Japan, the sashimi you find here is on another level to what you find outside of Japan. Do be careful not to overload the fish with too much in the way of seasoning as you’ll want to savour the pure freshness of each bite. Ramen is a hearty bowl of wheat noodles in a soy and/or miso flavoured meat or fish stock soup along with a variety of toppings such as sliced pork, sliced kamaboko (fish cake roll), nori (dried seaweed), spring onions, and a poached egg.

It’s a popular meal all over Japan and each region has its own version, with the broth being what differs the most. The 4 main types of ramen are shio (salt), tonkotsu (pork bone), shōyu (soy sauce), and miso. Along with the above 4 types of ramen, many cooks mix and match flavours and techniques to make their own versions of the dish. We enjoy all kinds of ramen, but the style we keep returning to is the thick, cloudy, silky tonkotsu. Tempura involves a selection of seafood and/or vegetables that have been battered and fried. It developed in the 16th century, when Jesuit missionaries from Portugal introduced batter frying to Japan. The batter is light, crispy and fluffy and the tempura is usually served with sea salt and a tentsuyu dipping sauce, along with a bowl of rice. Yakitori involves grilling skewers of chicken over Binchōtan (white charcoal). ‘Yaki’ means grilled and ‘tori’ means chicken, and while chicken is the most popular meat in Japan’s izakayas (kind of like a bar or pub with equal focus on good food and good drink), you can find other meats. Yakiton, for example, is grilled pork, ‘ton’ being the Japanese word for pork.

The meat is typically seasoning with tare (thickened soy sauce with dashi, vinegar, ponzu etc) during or after grilling, and served simply with some salt. Almost all of the chicken is used, so along with breast, thigh and skin you’ll also find things like liver, breast cartilage, and heart. Do step outside of your comfort zone and try a few of the non white-meat cuts – the heart is particularly delicious. You know from the above that ‘ton’ means pork, but what about ‘katsu’? Well that means cutlet. Either a pork fillet (hire) or loin (rōsu) is crumbed with panko (Japanese breadcrumbs which have a greater surface area and result in a crunchier, lighter coating than western style breadcrumbs) and deep fried. It is served with rice and cabbage and tonkatsu sauce, which is similar to Worcestershire sauce.

You might be tempted to go for the lean fillet, but do as the locals do and choose the loin instead. The fat is melt in your mouth tender, and results in a juicier cutlet than the fillet. As a bonus it’s always a bit cheaper too. There are many varieties of green tea in Japan, with one of the most well known outside of Japan being matcha. Matcha is a powdered green tea that uses the same leaves as Gyokuro, a type of green tea that sees the tea leaves shaded for 20 days after the first new season shoots appear. Instead of being rolled/twisted like the other types of green tea, the leaves go through several drying processes and are then ground into a fine powder.

To really appreciate good quality matcha, try it at a tea shop prepared simply with water. Afterwards, be sure to enjoy it in all sorts of things, from sweets to drinks and more. Sukiyaki is a Japanese hot pot dish. It contains thinly sliced pieces of meat as well as a variety of ingredients like vegetables, tofu and noodles. This is all placed in a shallow “soup” of soy sauce, mirin and sugar. A raw egg is generally placed on the side to be beaten and act as a dipping sauce. The name Okonomiyaki is a combination of the Japanese words for “what you like” and “grilled”. This pancake is an Kansai speciality and involves a flour, yam and water batter being mixed in with a variety of ingredients such as eggs, shredded cabbage, diced meat and/or seafood and diced onion. The mixture is grilled on both sides then topped with otafuku/okonomiyaki sauce, seaweed flakes, bonito flakes and Japanese mayonnaise.

Despite originating in Osaka, okonomiyaki is popular throughout Japan now, with different regions putting their own spin on it. In Hiroshima, for example, okonomiyaki contains fried noodles. Takoyaki originated in Osaka and consists of balls of wheat based batter that are cooked in special takoyaki pans and filled with diced octopus. They are brushed with takoyaki sauce and mayonnaise then topped with aonori and dried bonito flakes. A perfect snack or starter. Soba is the Japanese name for buckwheat, and is synonymous with thin buckwheat noodles. There are nine main types of soba, all of which are delicious. Our favourites are mori soba, which is served cold on a tray with a cold tsuyu dipping sauce on the side, and tempura soba, which is simply soba topped with tempura. Udon is a thick wheat flour noodle, quite different to soba, that can be enjoyed hot or cold. It’s often served as a simple soup, for example kake udon which sees hot udon served in broth topped with thinly sliced green onions, and perhaps a slice of kamaboko (processed fish cake). Good udon has a beautifully springy texture, is slippery, and glides down your throat. Gyoza are similar to Chinese pot sticker dumplings. In fact, the word is written using the same Chinese characters as jiaozi. The main difference is that gyoza have a thinner skin and a richer garlic flavour but for the most part, they are the same, with a wide variety of meat and vegetable fillings. While you can find steamed gyoza, the fried version is the most popular. Wagashi are traditional Japanese sweets which were historically made for nobility but are today enjoyed by people from all walks of life. They are typically made from plant ingredients and served with tea. Popular kinds of wagashi include mochi (dense gel-like rice cakes with a variety of fillings) and manjū (steamed cakes made from flour, rice powder and buckwheat, with a variety of fillings). One of the most popular fillings is anko (red bean paste), and long with seasonal fillings like sakura (cherry blossom) during the Spring. Karaage is fried chicken. As with most types of fried chicken, it’s the seasoning which sets the Japanese version apart. The chicken (most often thighs) is generally seasoned with soy sauce, salt and a number of different spices, before being sprinkled with starch and fried in oil. If you like fried chicken, you’ll love karaage. If you can, make sure you have some Kewpie (Japanese mayonnaise) to dip it in.